Paswan Says He Is Not Manjhi, Rubbishes Speculations About Joining RJD-led Alliance 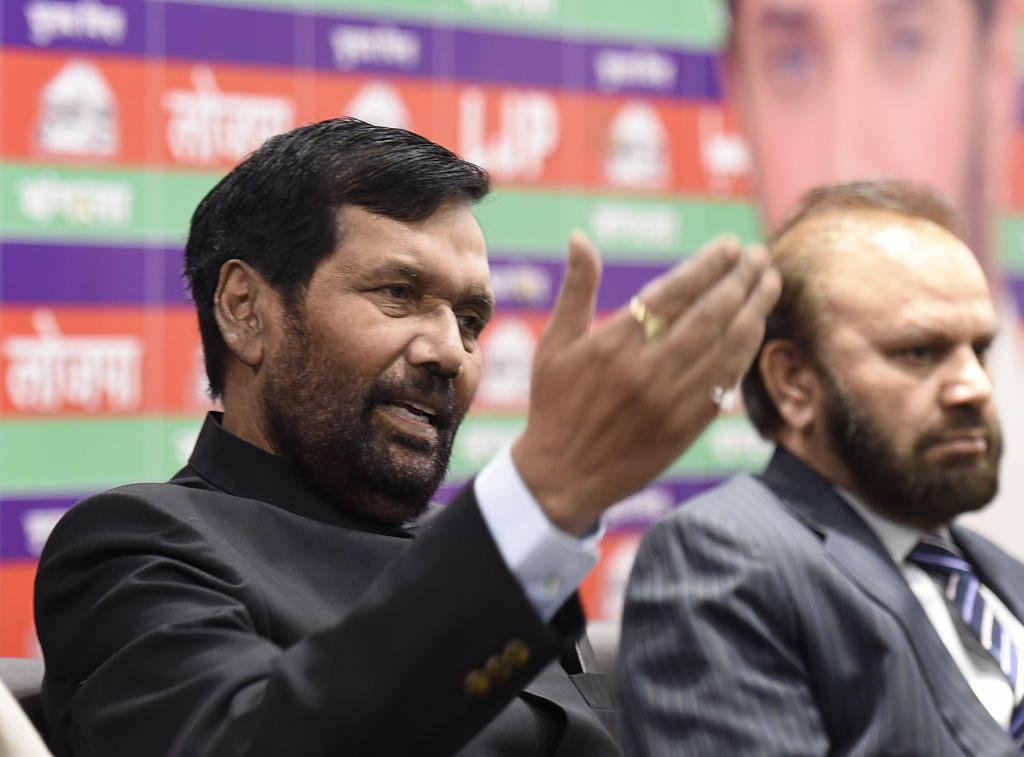 Singh had then claimed that Paswan was in touch with RJD leaders in Bihar. In a statement to reporters, he presented a picture about Paswan "feeling distressed" in the government due to BJP's politics, and that, the LJP leader found "little charm" in continuing as a minister in the Narendra Modi-led NDA government.

“Paswanjee is very much in touch with us (RJD leaders) because he is feeling suffocated in NDA. After all, he used to be our ally. He will switch over to our side in time… long before the Lok Sabha polls,” Singh said.

Black flags were earlier shown to Paswan and Bihar deputy chief minister Sushil Kumar Modi by members of the Scheduled Caste communities at Mokama which could have prompted Singh to make the statement.

At a time when caste dynamics are being tried, tested, adjusted and re-adjusted in political realignments in Bihar and Uttar Pradesh, following Gorakhpur and Phulpur by poll results, Paswan, a "former ally", is being knocked at and watched by BJP's opposition. There were some sparks before the smoke and speculations. Paswan had been recently critical of alleged "communal comments" from some BJP leaders, and had advised the party to walk along with all sections of the society. However, in the current political chess, even constructive suggestions like these are perceived as an itch by BJP's opponents.

Rubbishing Singh's claims, Paswan said, “These are empty, baseless claims by a leader who hardly has any value in his party. Who would want to join an alliance led by a sinking RJD? That party and their alliance have absolutely no future. LJP is with NDA and will continue with it.” He termed the possibility of leaving the NDA as "unthinkable".

The claim doesn't excite Paswan. He reacted to this, too. “I am not Manjhi. There is a difference”. On Sunday, Paswan had commented on all-India bandh against the Supreme Court's ruling on the SC/ST Act, questioning the need for the bandh, saying that the centre would file the review petition.

He said, "What is the point of organising a Bharat Bandh? The government is positively going to file the review petition," Paswan told ANI. Ram Vilas Paswan said: “One can understand if people protest, but why is opposition playing politics? Parties like Congress who did not give Bharat Ratna to BR Ambedkar are now acting like his followers.”

As of now, it is about who blinks first, Paswan or RJD.