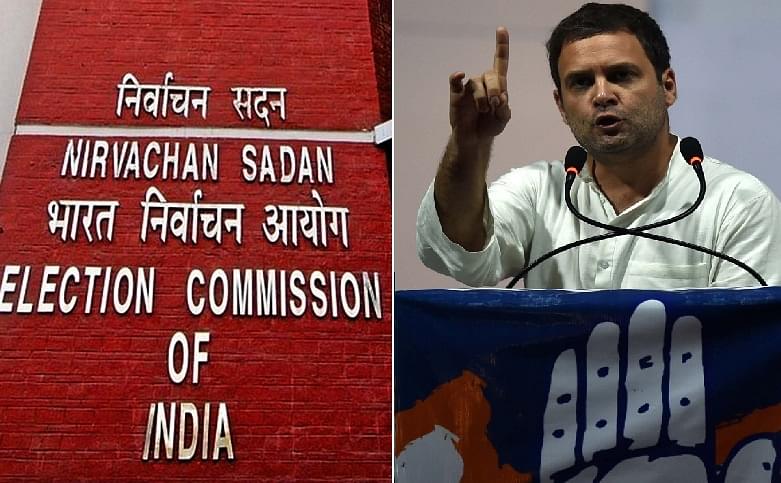 Objections have been raised by the Election Commission (EC) over six out of nine audio-visual advertisements sent to it for pre-certification by the Madhya Pradesh unit of the Indian National Congress (INC) prior to the upcoming Lok Sabha Elections, reports TOI.

Some of the objections are believed to be related to references to the Rafale deal because the matter is currently sub-judice.

"There were a few other objections, too. Apart from these six advertisements, 12 others have been approved by the certification committee," stated a senior official.

Responding to a question regarding the objections, Chief Electoral Officer, Madhya Pradesh, V L Kantha Rao stated that there is a set procedure that exists for pre-certification, and if any parts is aggrieved, they have the right to appeal.

For its part, Congress has promised to challenge the objections.

"We will appeal against all the objections by the certification committee to our advertisements," Congress media cell in-charge Shobha Oza stated.