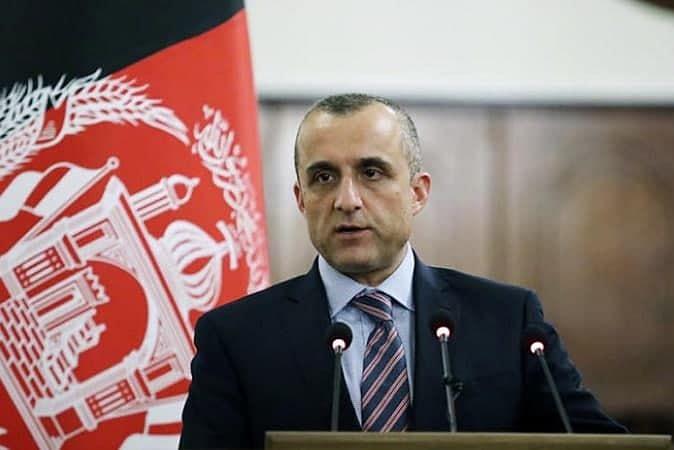 Amrullah Saleh, the former vice president of Afghanistan, has written a letter to the United Nations on the humanitarian crisis in Panjshir, reports India Today.

In the letter, Amrullah Saleh, appealing on the behalf of Panjshir citizens, urged the UN and other international aid agencies to immediately mobilise their resources and prevent Taliban’s onslaught, genocide and catastrophe in the region.

Panjshir Valley situated to the north of Kabul is the last Afghan province holding out against the harline Islamist group.

Saleh also stated that the province was looking at a full scale "humanitarian catastrophe" which might result in the "genocide" of Afghan people.

“Around 2,50,000 people, including local women, children, elderly and 10,000 IDPs who arrived in Panjshir after the fall of Kabul and other large cities are stuck inside these Valleys and suffering from the consequences of this inhuman blocked (sic). If no attention is paid to this situation, a full scale human rights and humanitarian catastrophe including starvation and mass killing, even genocide of these people are in the making,” Amrullah Saleh said.

Humanitarian Appeal by residents of Panjshir Valley through Amrullah Saleh to @UN, @RedCross and other International NGOs and Charity organisations amidst humanitarian crisis and invasion by Taliban. Prevent Talibanâs onslaught, genocide and catastrophe, appeal asks. pic.twitter.com/EU29jKg0jX

Highlighting the humanitarian crisis in the country, he stated that over three million people have been displaced across Afghanistan and more than 18 million people are in need of food aid for their survival.

"We call on the United Nations and the international community to do its utmost to prevent the Taliban’s onslaught into Panjshir province,” he said.