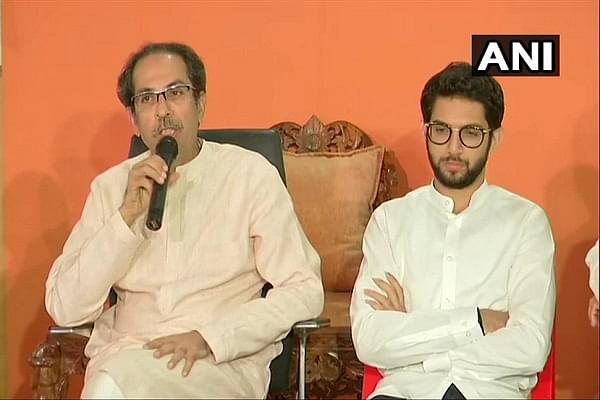 A prominent twitter user Sameet Thakkar was arrested by the Maharashtra police on Saturday (25 October) for his comments against Uddhav and Aditya Thackeray which have allegedly been deemed 'objectionable' in a complaint by a Shiv Sena leader, ANI reports.

Thakkar was reportedly arrested by a joint team of Nagpur and Mumbai police.

The case pertains to tweets Thakkar made on 30 June and 1 July in one of the tweets he had called Maharashtra Chief Minister Uddhav Thackeray - Aurangzeb and his son and fellow minister Aditya Thackeray as "baby penguin".

The complaint was made by a Mumbai resident known Dharmendra Mishra who calls himself the legal head of Yuva Sena and is also a legal consultant for Shiv Sena. Another complaint has been filed against Thakkar in Nagpur by a different Shiv Sena leader.

Following the complaint, Thakkar had approached the Bombay High Court seeking a quashing of the FIR but the court ordered him to approach the V P Road police station in Mumbai and record his statement.

Thakkar subsequently went to the police station on 5 October but reportedly left the building in the middle of the questioning. He later told the High Court that he feared the cyber-cell cops may arrest him.

The next hearing in the High Court is scheduled for 23 November.