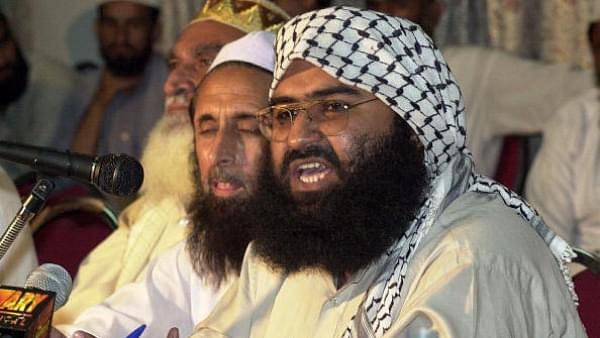 The Interpol has issued red corner notices (RCNs) against Jaish-e-Mohammad (JeM) chief Maulana Masood Azhar and three of his relatives in connection with the dastardly terrorist strike in Kashmir's Pulwama exactly two years ago from today (14 February) which led to paining demise of 40 CRPF jawans, reports Hindustan Times.

Other than Azhar, RCNs have been issued against his brothers Abdul Rauf Asghar and Ibrahim Athar, and his cousin Ammar Alvi.

Reacting to the development, the National Investigation Agency (NIA) which is probing the case has expressed hope that the authorities in Pakistan will honour the RCNs and take action against the infamous terror bigwigs.

This comes at a time when the Financial Action Task Force (FATF) has initiated a series of online meetings which will review Pakistan’s actions to counter terror financing amid signs that the Prime Minister (PM) Imran Khan-led nation is yet to completely implement the watchdog’s action plan.

The crucial plenary meeting of the FATF will finally be held from 22-25 February, during which a final call on Pakistan will be taken by the body which has already held the nation in its “Grey List”.