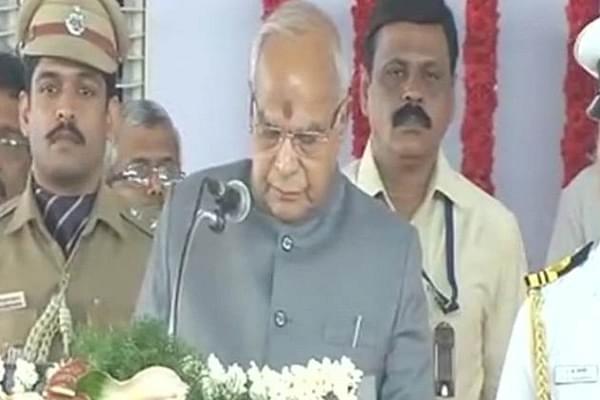 Tamil Nadu Governor Banwarilal Purohit has forwarded the State Cabinet proposal for release of all convicts in the Rajiv Gandhi assassination case to the Union Home Ministry. Puthiya Thalaimurai television reported that the Governor sent the Cabinet’s recommendations along with the mercy petition filed by Perarivalan, who moved the Supreme Court seeking that the Governor be asked to decide on his petition under Article 161, to the Union Home Ministry, seeking its views.

The Home Ministry had already turned down an appeal earlier from Perarivalan for mercy. It was in view of this that he sought clemency under Article 161 from the Governor. Given the Centre’s stand telling the Supreme Court on 10 August this year that it opposed the convicts’ release by the Tamil Nadu government, it is likely that the Home Ministry will advise the Governor to reject the petition.

Last week, Tamil Nadu Cabinet gave its approval for release of all convicts in the Rajiv Gandhi assassination case and conveyed its decision to the Governor under Article 161.

According to Article 161 of the Constitution, “The Governor of a State shall have the power to grant pardons, reprieves, respites or remissions of punishment or to suspend, remit or commute the sentence of any person convicted of any offence against any law relating to a matter to which the executive power of the State extends”.

The Cabinet took the decision after a Supreme Court verdict ordering authorities to take a call on the petitions before them. Nalini Sriharan, Murugan alias Sriharan, Perarivalan alias Arivu, Robert Payas, Ravichandran, Santhan and Jayakumar have been in prison for 27 years.