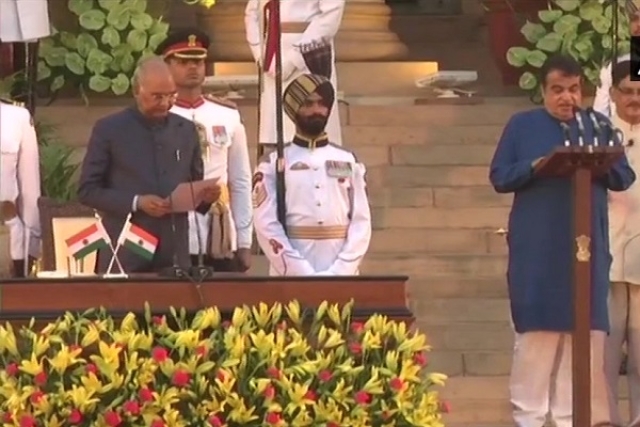 Senior Bharatiya Janata Party leaders and Lok Sabha MPs Rajnath Singh and Nitin Gadkari have taken oath as Cabinet ministers at the swearing-in ceremony at the Rashtrapati Bhavan today (30 May).

Singh had served as Home Minister in the previous NDA government, while Gadkari was the minister of Road Transport & Highways, as well as the minister of Shipping, Water Resources, River Development and Ganga Rejuvenation.

It is as of yet not clear whether they will continue with their previous portfolios or whether new ministries will be assigned to them. Singh was the second person to take oath after the prime minister himself.