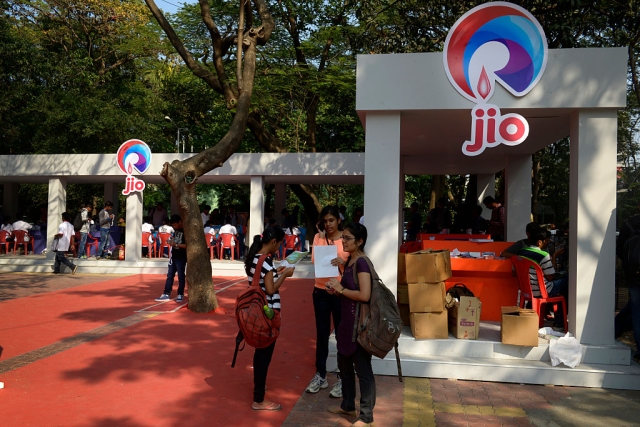 According to leaks, the base plan will offer 50 Mbps speed and would be available at Rs 600 per month. The 100 Mbps speed plan is expected to cost subscribers Rs 1,000 per month. (Representative image) (Abhijit Bhatlekar/Mint via Getty Images)

The Reliance Jio GigaFiber is considered to take over the wired broadband sector, just like the Mukesh Ambani-led operator took over the telecom market in India with the launch of Reliance Jio in 2016. With the service most likely to be launched in Reliance’s upcoming AGM in July, prices of the service have been leaked, India Today reports.

Jio GigaFiber is set to gain an advantage over its rival operators and attract more subscribers, the report said. According to leaks, the base plan will offer 50 Mbps speed and would be available at Rs 600 per month. The 100 Mbps speed plan is expected to cost subscribers Rs 1,000 per month.

It needs to be noted that these prices are unconfirmed and there have been no official comments from the company. Subscribers would need to wait for the upcoming Reliance AGM in July to wait on the confirmation on the two packs.

It was earlier reported that Reliance would unveil a new triple pay plan bundling DTH, broadband and a landline connection under the same banner. Under the plan, Reliance Jio will offer the Home TV set up under which it is likely to provide 600 channels to the subscribers over the IPTV (Internet Protocol TV), unlike the regular DTH connections.