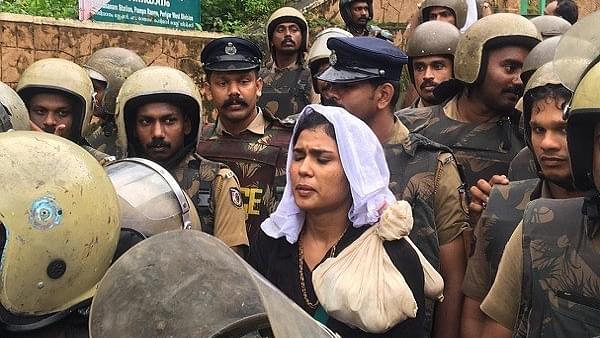 High Court of Kerala on Tuesday (30 October) rejected a petition that sought a judicial probe into the violence at Sabarimala against the Supreme Court verdict.

The court said that it did not want to give an appearance that it is trying to interfere with the discretionary powers of the elected government of Kerala. It also added that the judiciary has its own limitations and they must be respected.

It stated that its left to the cabinet of ministers in the state to take a call on whether a judicial probe is required or not. A petitioner named Rajendran asked the court for a probe over the incidents that took place between 17 and 20 October.

He further said that there was a conspiracy over Rehana Fathima attempting to enter the temple. For this, he asked if the court could probe the role of top police officers S Sreejit and Manoj Abraham, Deccan Chronicle reported.

The court has also directed the state government and the Travancore Devaswom Board to keep the court informed about arrangements in time.