Sabarimala Shows It Is A ‘Devasthana’, Not A ‘Khakistan’, As Police Security Strategy Fails; ‘Urgent Meeting’ Called 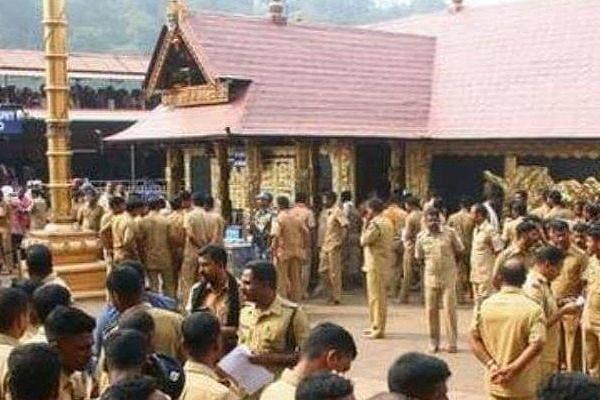 In a bid to avoid any surprises at the temple on the lines of mishaps that happened last month, the state government and police deployed almost 24,000 personnel solely for Sabarimala duty. The police, however, could not stop the devotees from protesting and blocking young women from entering the temple.

However, a review of the recent events have declared the police strategy on the temple issue a “complete failure”. An urgent meeting to re-strategise security measures at the Sannidhanam (where the Ayyappa idol is located), Pamba and Nilakkal will be called in the presence of Chief Minister Pinarayi Vijayan.

Interestingly, senior RSS leader Valsan Thillankeri, who has been camping at the shrine complex since Monday (5 November), was given the police megaphone to pacify the protesting devotees. He, instead of the police, took control of the situation, asked the devotees to stay calm and also warned 'unruly elements' against purposely destroying the noble cause and thereby, the hill shrine.

The government, which decided to clear the temple premises, however, failed in its mission as devotees continued to stage protests inside. Though women belonging to the restricted age group tried to enter the temple, they were sent back due to protests.