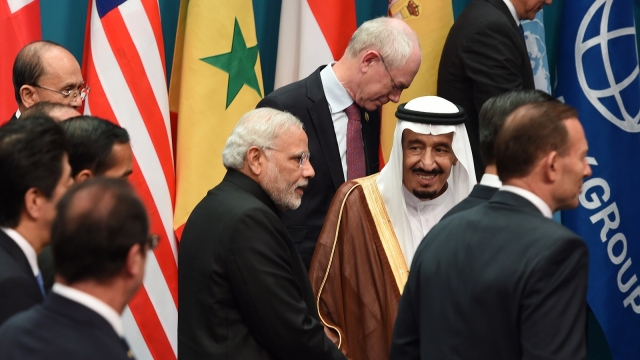 In a crude bolt for Pakistan, Saudi Arabia has asked the Pakistani embassy in Riyadh to not hold any public event today (27 October) to commemorate what it observes as "Kashmir Black Day" and to also keep the activities held on the premises of the embassy "low-key", reports The Print.

Pakistan embassy has been informed by the Saudi Government that if it wishes to hold programmes and talks, then it has to be done strictly on the premises of the embassy.

This comes as India sensitised the Saudi Government against any such event by Pakistan embassy which could "create issues" for the Indian ex-pat community living in the Kingdom. It should be noted that the kingdom has a sizable Indian community.

The bilateral relations between India and the Kingdom of Saudi Arabia today rest at an all-time high status, with the kingdom having refused to meddle into India's internal affairs on subjects like the deoperationalistaion of Article 370 and bifurcation of Jammu and Kashmir into two separate union Territories (UTs) despite pressure from Pakistan.

Meanwhile, the ties between the Kingdom and Pakistan have been on a rocky lately.

India-Saudi Arabia relations under Prime Minister Narendra Modi and Crown Prince Mohammad Bin Salman (MBS) have strengthened, much to the dismay of Pakistan.

As a result, Saudi Arabia refused to convene a foreign ministers' meeting on Kashmir. The Imran Khan government had earlier ruined the Saudi-Pakistan relationship further by threatening to split the OIC over the issue.

The threat irked MBS so much that he rebuffed General Qamar Javed Bajwa who had visited Saudi Arabia earlier in August to mend the differences.