Sikkim Border Stand-Off: Is China’s Boundary Dispute With Bhutan The Cause Of Its Trouble With India? 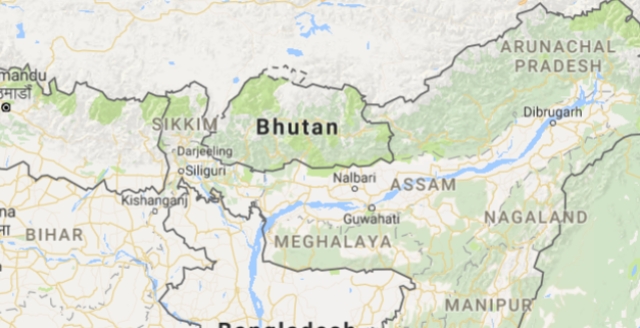 The ongoing stand-off between India and China in the state of Sikkim may have something to do with the latter’s border dispute with Bhutan.

In its statement on Tuesday, the Chinese Foreign Ministry had accused Indian troops of crossing into its territory and stopping the construction of a road that China was building in what is called the Donglang region (or Doklam Plateau).

The Donglang region located in the western part of Bhutan, close to the Sikkim-China-Bhuan tri-junction, is a part of the territorial dispute between China and Bhutan. The region is reportedly controlled by Thimphu, and Beijing claims a part of the region, 89 square kilometre in size, as its own.

The region holds immense strategic importance, both for India and China. The region which lies east of Sikkim, has a commanding view of the Chumbi Valley and overlooks the narrow Silguri Corridor that links the northeast to the rest of India.

If the Chinese gain control of the Donglang region, they will hold a commanding position in the Chumbi Valley and would gain the ability to essentially cut off India’s access to the northeastern states in case of a conflict. This calculation, as we explained earlier, could have prompted India’s action.

The two countries share a 470-km border and have overlapping claims. The importance of Donglang can be understood from the fact that Beijing, reportedly in 1996, indicated that it was ready to give up much of its territorial claims in northern Bhutan if Thimphu accepts Donglang as a territory of China.

Border negotiations between Bhutan and China started in 1984. As Bhutan has no formal diplomatic relations with China, negotiations took place under India’s aegis. However, this is not the case anymore. The two nations had their twenty-fourth round of boundary negotiations in August 2016. Although India enjoys overwhelming influence in Thimphu, it no longer participates in the border talks.