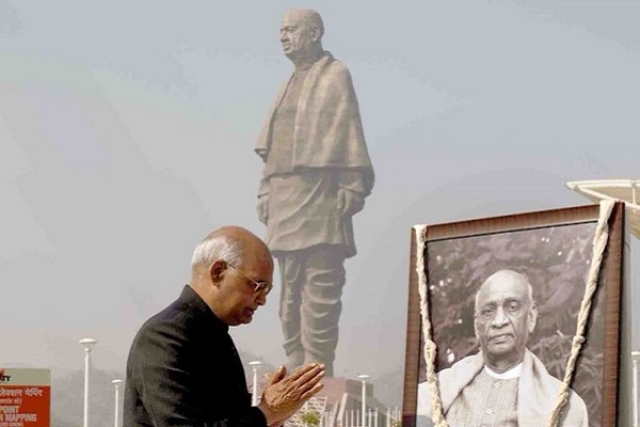 President Ram Nath Kovind on Saturday (15 December) laid the foundation stone for Kevadiya railway station in Narmada district that will connect Statue of Unity to the rest of the country via trains.

During the ceremony, Minister for Railways Piyush Goyal, Chief Minister of Gujarat Vijay Rupani, Governor Om Prakash Kohli were among the dignitaries present.

As of now, some of the nearest railway stations are Vadodara, Bharuch and Ankleshwar which are approximately 70-80 km away from the Statue of Unity. Kevaditya, a small town, has become the hub of tourist attraction and will only grow significantly after the railway station is completed. The cost of the project is estimated to be about Rs 20 crore and will be completed by September 2019, Financial Express reported.

The broad gauge line will connect the town with the rest of India. The railway station will have waiting rooms, VIP lounge, information centre etc. An art gallery showcasing local and tribal handicrafts will be set up and the building will be the first in India to have green building certification. About 30,000 visitors arrive at the Status of Unity on a daily basis and the tourism is flourishing.