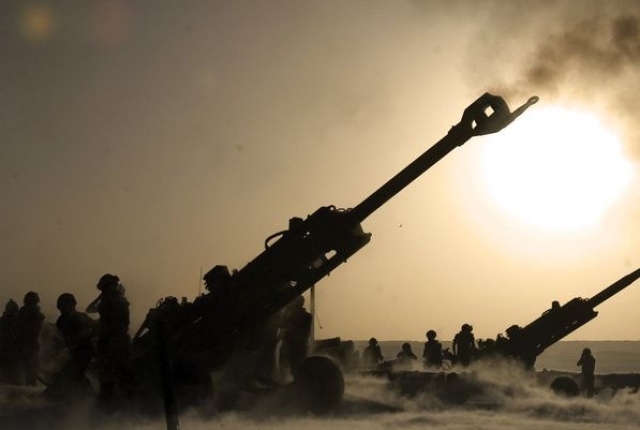 As per latest reports, Indian Army carried out a major artillery strike in Pakistan occupied Kashmir (PoK) targeting terrorist launch pads in Jura, Athmuqam and Kundalsahi on the intervening night of Saturday and Sunday after receiving inputs of a large number of terrorists operating there.

This attack was carried out opposite the Tangdhar sector as a retaliatory action to the support provided by the Pakistan Army to facilitate the entry of terrorists across the LoC.

This attack by the Indian Army has inflicted heavy casualties and damage on the Pakistani side.

At least 35 terrorists belonging to terror groups like Hizbul Mujahideen and the Jaish e Mohammed have been neutralised, claimed reports.

Pakistani Army posts were also hit in the artillery gun attack launched by Indian Army that has resulted in more injuries on the enemy's side.

Various reports have already claimed at least 4-5 soldiers dying on the Pakistani side, a number which may very well increase.

The unprovoked ceasefire violation by Pakistan in Tangdhar sector, which was an attempt to push in terrorists into India under covering fire, was reported on the intervening night of 19 and 20 October.

"As a result, calibrated escalation of area weapons was undertaken by the Indian side in which terrorist launch pads, Pakistani Army posts giving incidental protection to these launch pads and certain gun positions were hit," said sources.