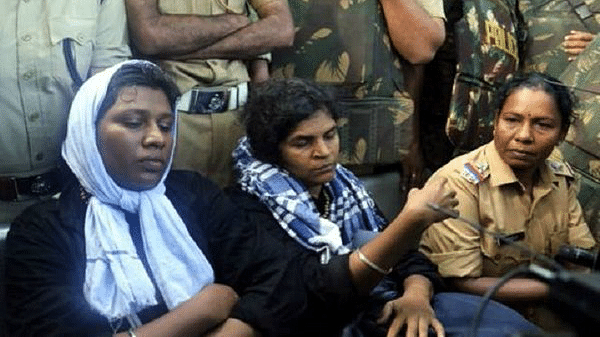 The Supreme Court of India, on Friday (18 January), directed the Kerala government to provide security to two women in their forties, Kanakadurga and Bindu, who had entered the Sabarimala temple, reports Indian Express.

Supported by the Kerala communist government, on 2 January, the two women were stealthily escorted into the temple around 3.45 am, through its north entrance. Kerala Chief Minister Pinarayi Vijayan had also confirmed their entry and stated that they were provided ample police protection.

Kanakadurga and Bindu, on 17 January, directly approached the Supreme Court seeking protection, and also sought action against the priest who closed the 'nada' for shuddhi kalasham (purification rituals).

“We deem it appropriate to close this writ petition at this stage by directing the State of Kerala to provide adequate/full security to petitioner Nos. 1 and 2 (Bindu and Kanakadurga) herein which would be provided to the petitioners round the clock,” IE quoted the bench headed by Chief Justice of India Ranjan Gogoi as saying in the 18 January order.

The apex court declined to consider other contentions raised by the petitioners. “Beyond the above, we do not consider it necessary to go into any of the other issues raised in the present writ petition,” it said.

Vijay Hansaria, the counsel appearing for the Kerala state government, informed the bench that the state had been providing security to the two women. He also submitted that 51 more women in the age group 10-50 had entered the shrine during the current season, which, the court dismissed, saying “51 or 501, how does it matter?”

Advocate Indira Jaising, appearing for the petitioners, said that she was fine with the order but there were remaining other issues. Her request to tag the writ petition with the review petitions was rejected by the court.