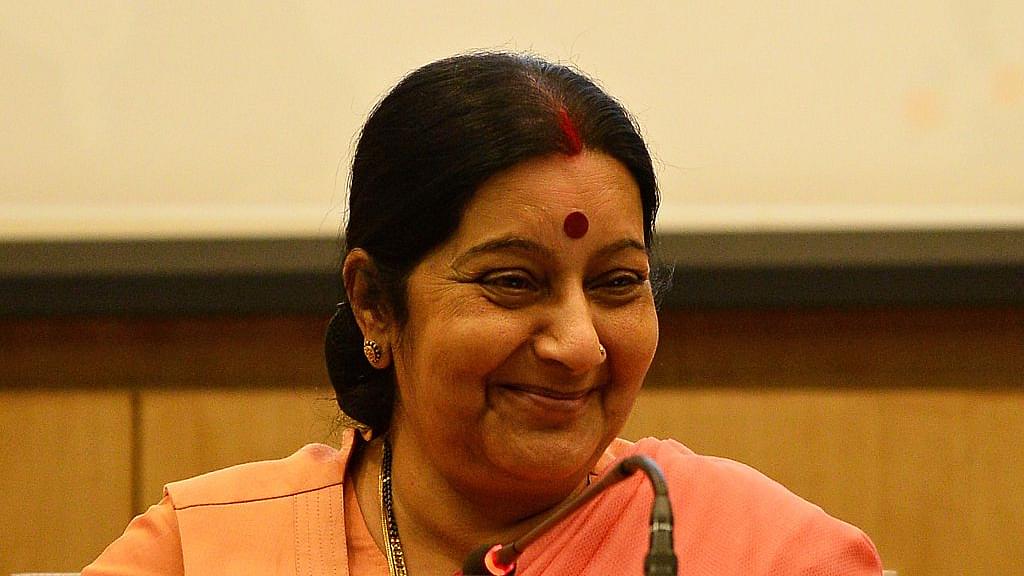 External Affairs Minister Sushma Swaraj quoted the Rig Veda and Swami Vivekananda while addressing the Organisation of Islamic Cooperation (OIC) on Friday (1 March). Swaraj is the guest of honour at the meeting.

She began her speech by calling herself a representative of a land which has been a fountain of knowledge for ages, a beacon of peace, a home to religions across the world and now a major world economy.

During her speech, Swaraj said that India has always embraced pluralism as it is embedded in the ancient Rig Vedic text, एकं सद्विप्रा बहुधा वदन्ति which translates to God is one but learned men describe him in many ways.

While quoting Swami Vivekananda, whom she called a great philosopher, she said that the above phrase from the Rig Veda has given the theme to all subsequent thoughts in India.

She also said that in the past four years India’s relationship with the UAE and the entire Gulf, West Asia region has been transformed.

While taking on Pakistan, Swaraj said that if there is a desire to save humanity, states harbouring terrorists must diamante terror infrastructure and stop their funding.