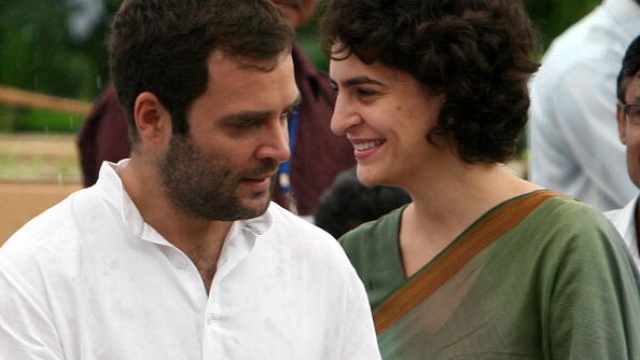 Congress Party has found itself mired into an unwanted controversy again as a video of a set of unruly party workers manhandling some photojournalists has been catching attention ever since it was posted on Twitter by Asian News International (ANI).

The said photojournalists were allegedly clicking pictures of empty chairs at a public rally of the Congress party in Virudhunagar constituency of Tamil Nadu. Suddenly a bunch of Congress workers showed up and thrashed them up for doing so.

#WATCH Tamil Nadu: Congress workers manhandle and thrash photojournalists who were allegedly clicking pictures of empty chairs at a public rally by the party in Virudhunagar. (06.04.2019) pic.twitter.com/epTiD9iLtK

This comes as a sharp contrast to another video that went viral recently in which Congress President Rahul Gandhi and General Secretary Priyanka Gandhi Vadra were shown to be helping out an injured journalist to reach an ambulance in which Vadra was also shown to be carrying the journalists' footwear in her hands. While some praised the gesture on social media, others criticised it as staged and fake.

The public rally was held in Virdhunagar on 6 April 2019 and Congress party has awarded the ticket to contest the upcoming Lok Sabha polls to B Manickam Tagore who was a Member of Parliament in the 15th Lok Sabha from 2009 to 2014.