The Chapter Ends, For Now: Sabarimala Closes After 5-Day Puja, SC To Hear All Review Petitions On 13 November 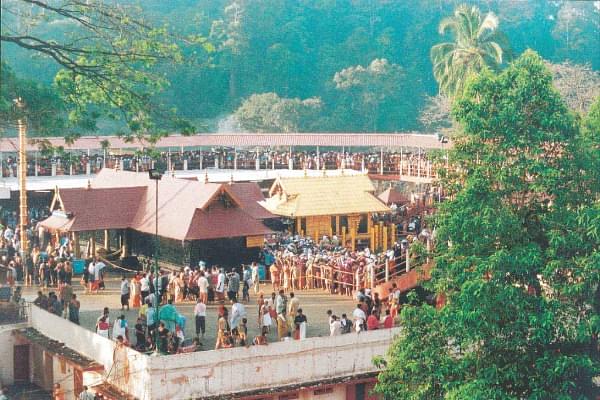 The Supreme Court (SC) today (23 October) announced that it would consider all the review and writ petitions on 13 November before the Manda-Makaravilakku season starts in Sabarimala on 17 November, reports Malayala Manorama.

Advocate Mathews J Nedumpara had submitted that petition filed by the National Ayyappa Devotees Association needs to be heard. There are 19 petitions pending before the SC seeking the recall of the verdict that scrapped the age-old practice prohibiting the entry of women in the 10-50 age group.

The petitioners have contended that religious practices cannot be tested by rationality and raised procedural errors in the judgement.

On 22 October, the Supreme Court bench of Chief Justice Ranjan Gogoi had said that Bench led by former CJI Dipak Misra which pronounced the verdict has to be reconstituted.

However, the temple administrator Travancore Devaswom Board (TDB), which manages Sabarimala temple, is of the legal opinion that, filing review petition in the Supreme Court is in the best interest of devotees.

"The board is mandated to protect the interest of devotees. We are also duty-bound to maintain the rituals and customs of the temple. The board will make its approach in Supreme Court without harming this," A Padmakumar was quoted as speaking to reporters in the state capital.

The temple will open briefly on 5 November for 'Chithira Attavisesham' to celebrate the birth anniversary of Chithira Thirunal Balarama Varma, the last king of Travancore.

The temple will open on 17 November for the three-month-long 'Mandalam-Makaravilakku' celebrations when millions of devotees from the country and abroad visit the shrine every year.