The Next Guantanamo? Firebrand Right Wing Brazilian President Jair Bolsonaro Open To Hosting US Military Base 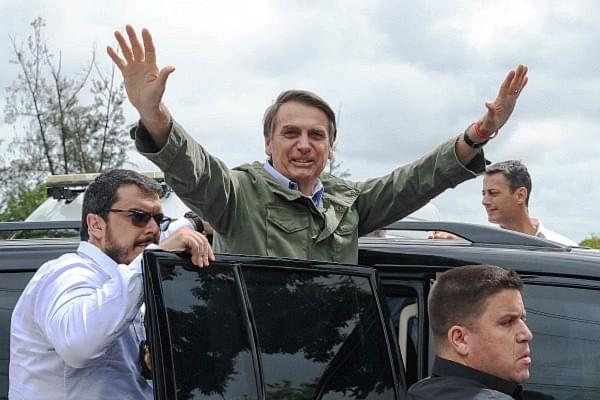 The new President of Brazil Jair Bolsonaro, known for his staunchly right-wing views on Thursday (3 January 2019) indicated the possibility of hosting a US military base in the country, stating that he was open to such discussions as part of his inclination to seek closer ties with America, reports The Economic Times.

"Depending on what might happen in the world, who knows if we might have to talk about that subject in the future," Bolsonaro stated in a television interview.

He expressed his view that physically such bases may just be symbolic, noting how American, Chinese and Russian military were able to project power globally without bases.

Bolsonaro has promised to turn around Brazilian politics away from centrism and leftism, which were responsible for the country moving away from the United States.

He remarked to US Secretary of State Mike Pompeo that the two countries “are friends” now. Under Bolsonaro, Brazil has aligned itself with US foreign policy interests by lashing out against leftist Latin American countries such as Venezuela, Cuba and Nicaragua which are ruled by authoritarian regimes.

"My move toward the United States is economic, but it could be military as well. We could sign an accord in that area. We don't want to be a superpower in South America, but to my way of thinking we should have supremacy,” Bolsonaro stated while answering a question about defence cooperation between Russia and Venezuela.