‘There Would Be No Job Losses’: Finance Minister Arun Jaitley Assures Employees Over Bank Of Baroda Merger 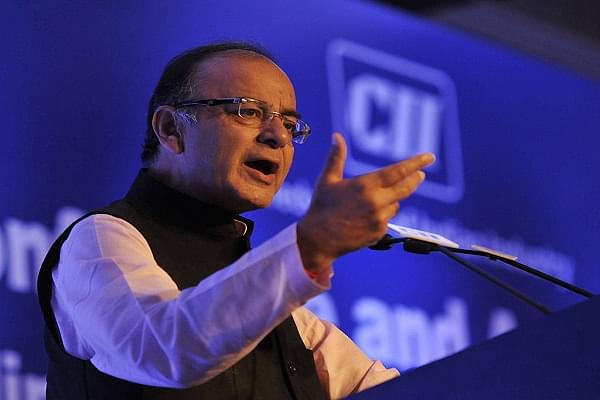 Union Finance Minister, Arun Jaitley, has reassured bank employees that there would be no losses due to the merger of three public sector banks (PSBs), Bank of Baroda, Vijaya Bank and Dena Bank, reports Mint.

The Minister said that such a merger would create a banking entity that would be similar to that of State Bank of India (SBI) and the cost of lending would also become cheaper.

“The merger will also affect the interests of employees, their jobs and job security. The move would also affect employment opportunities in the banking industry," All India Bank Employees Association (AIBEA) general secretary, CH Venkatachalam, had earlier stated to Business Standard (BS).

By amalgamating the businesses of Dena Bank and Vijaya Bank, Bank of Baroda would become the third-largest lender in the country post 1 April 2019.

While it would still trail State Bank of India (SBI) and HDFC Bank, with assets of Rs 45.85 trillion and Rs 15.8 trillion respectively, it would be ahead of ICICI Bank (Rs 11.02 trillion) which currently ranks third in the pecking order.

“The merger of Bank of Baroda, Vijaya Bank and Dena Bank will create the third largest lender in the country, with advances and deposits market share of 6.9 per cent and 7.4 per cent respectively,” said a Motilal Oswal report.