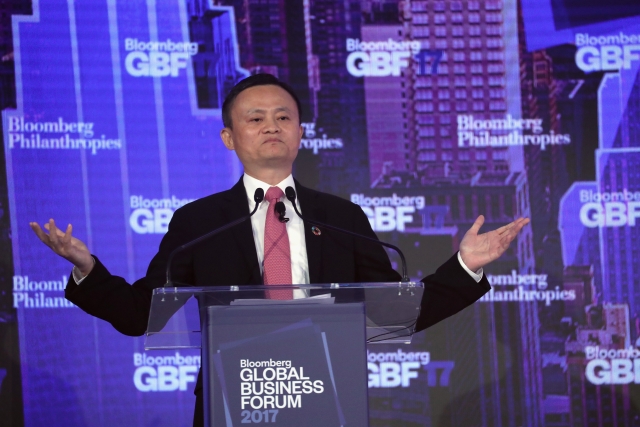 Chinese e-commerce major Alibaba had its annual “Singles’ Day” sale yesterday (11 November), selling goods worth $8.6 billion in the first hour of the day, reports Bloomberg. Shoppers from around 192 countries logged on to the site, clocking an average of 256,000 transactions per second with 90 per cent of transactions originating on a mobile phone.

Singles’ Day is considered the zenith of shopping in China. It is celebrated on 11 November (11/11) because the numeral 1 resembles a person who is alone. In 2014, it had become the largest online and offline shopping festival in the world, with Alibaba being the leader since 2009. To promote the event this year, Alibaba Executive Chairman Jack Ma had Russian tennis star Maria Sharapova and American rapper Pharell Williams flown in for a massive launch event with the two of them counting down to the launch of the sale.

This year’s sale saw the sale of goods worth over $18.7 billion in a mere 13 hours! The figure later on went up to $25.4 billion at the end of the day, beating its own record of $18 billion from last year. An estimated 1.5 billion parcels are set to be delivered by Alibaba’s delivery staff and robots, over the next six days.

In pale comparison to this, India’s entire e-commerce industry – comprising of Amazon, Flipkart and Snapdeal – had combined sales figures of $14-16 billion in the whole of 2016. The figure went up from $11 billion in 2015 and $4 billion in 2014.

While India’s e-commerce industry is nowhere in the picture, it is worth noting that China has a GDP per capita nearly twice that as India. Many Indians may not have enough disposable income to spend on e-commerce. However, given the steady growth in our economy, it may not be long before we match up to global figures in the e-commerce sector.