Three More Rafale Fighters Land In India After Non-Stop Flight From France; 13 More To Be Delivered By April 2021 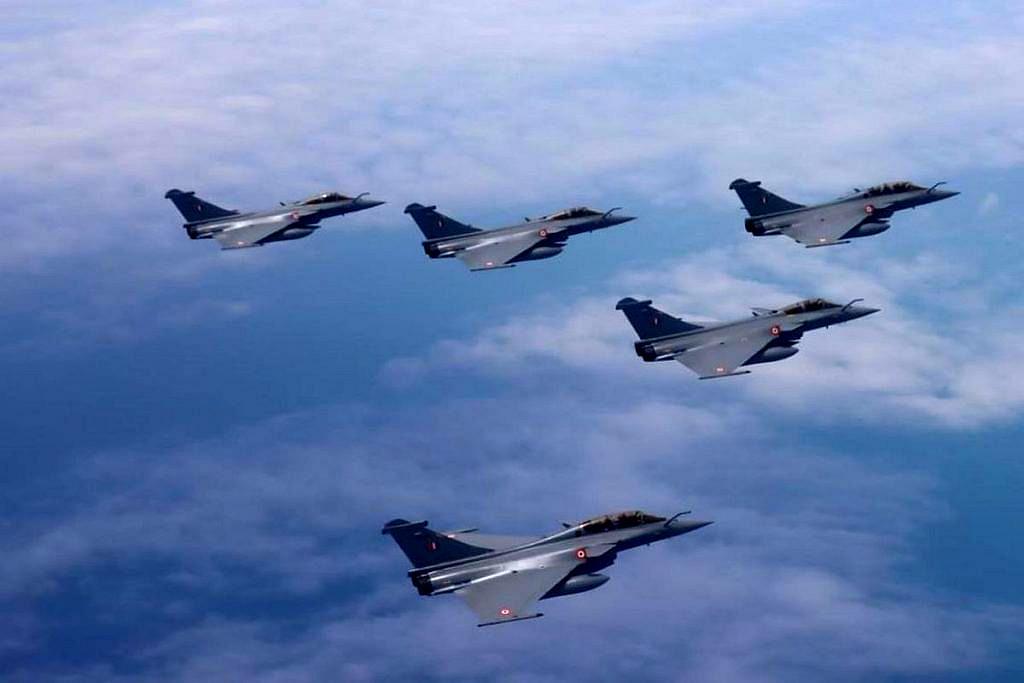 The fighters reached India after a non-stop flight from France. The fighters reportedly took off from Dassault’s Bordeaux-Merignac facility in France.

The IAF is likely to get 13 more Rafale fighters from Dassault Aviation by the end of April 2021, a report revealed last month.

Five Rafale fighter jets are already operational with the IAF’s Ambala-based No.17 Squadron (Golden Arrows) squadron. The arrival of three more Rafales today has taken the number of fighters with the No.17 Squadron to eight.

With the arrival of 14 more fighters, the No.17 Squadron is likely to get all its 18 fighters by April next year. The remaining fighters are likely to go to the Rafale squadron to be based at Hasimara in Bengal.

The delivery of these fighters comes amid the ongoing standoff between India and China at multiple points in eastern Ladakh. The IAF’s Rafales have already conducted ‘familiarization’ sorties in Ladakh.

The delivery of additional fighters will significantly boost the IAF’s capability to take on threats from the Chinese Air Force in Ladakh.

Dassault will deliver all the 36 Rafales ordered by the IAF by 2022.