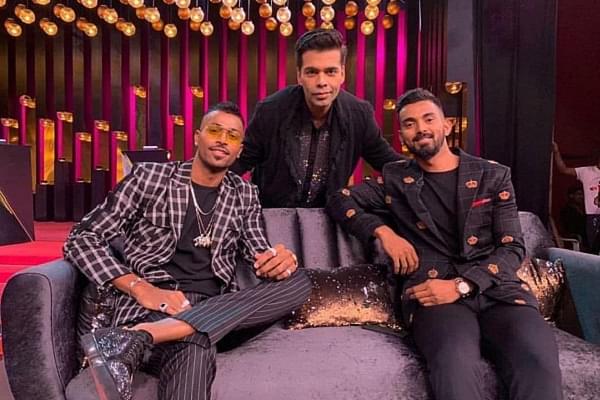 Following a social media storm created over sexist remarks made by Indian cricketers K L Rahul and Hardik Pandya in Koffee With Karan, Hotstar has decided to pull down the controversial episode from their platform, reports India Today.

The episode was available till Thursday afternoon (10 January), but users claimed that they were unable to locate it in the evening. However, all other episodes of the series are available on Hotstar’s website and app. Koffee With Karan is aired on both Star World and Hotstar.

In the episode, Pandya, who was responding to Karan Johar’s query of not asking women’s name in clubs, said, “I like to watch and observe how they (women) move. I'm little from the black side, so I need to see how they move.” Pandya also boasted about hooking up with multiple women as well as how open he is about it around his parents.

Since then, the all-rounder has gained unwanted attention after his comments were criticised by many as misogynistic and sexist.

The two cricketers are also in danger of facing a two match ban as recommended by BCCI’s Committee of Administrators Chairman Vinod Rai. Indian team captain Virat Kohli has distanced the Indian Cricket Team from the comments made by the duo.