Train Which Never Came Back: Baijnath-Pathankot Express Flagged Off In February Never Returned Back To Baijnath 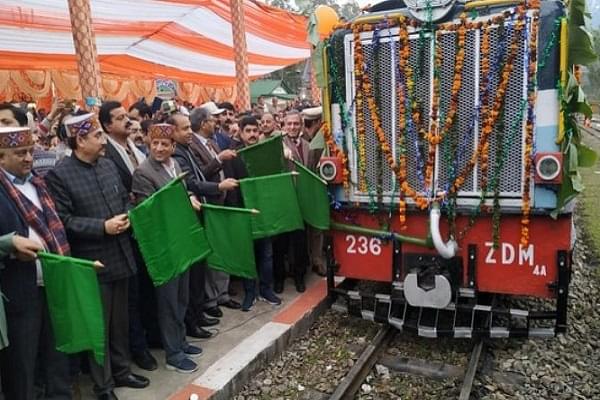 An express train introduced between Pathankot, Punjab and Baijnath, Himachal Pradesh, which was flagged off by Himachal Pradesh Chief Minister Jai Ram Thakur on 6 February, has still not made its return journey from Pathankot, reports The Tribune.

At the inaugural function, Thakur had announced that the train would be running daily between the two towns, but owing to maintenance work on the narrow gauge track being used, the service was suspended for the time being.

Another problem with the new train was that the roofs of its coaches were leaking.

The Indian Railways had announced the start of the new train service as a New Year gift to the people residing in the Kangra valley. The train’s timings were scheduled with a 9.20 am departure from Pathankot, and a 2.25 pm arrival at Baijnath, meaning that the roughly 100 km distance between the two locations would be covered in around five hours.

This was welcome news for residents of Kangra, since earlier the travel time was greater than seven hours. The railway line connecting the Kangra valley goes back to British era- 1932 to be exact, but has been in a state of neglect in recent times.