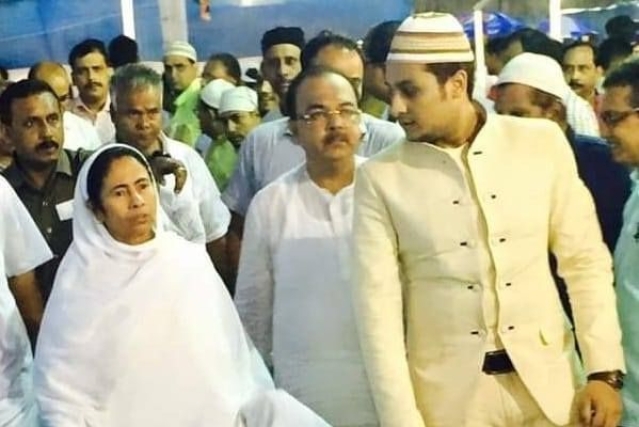 An intense factional feud led to a pitched street battle where bombs were hurled at the Muslim-dominated Garden Reach area in southwest Kolkata Sunday night.

The battle broke out between two factions led by councillors of two adjacent wards of the Kolkata Municipal Corporation (KMC) over distribution of biryani to the poor and pavement dwellers of Ward No. 135.

Ward 135 councillor Akhtari Nizami Shahzada told ABP Ananda TV channel that Saba Iqbal, the sister of Shams Iqbal who is the councillor of the neighbouring Ward No. 134, went around areas in his ward (No. 135) distributing biryani packets to many Friday evening.

Trinamool functionaries of Ward 135 who are loyal to Shahzada objected to Saba Iqbal telling people she was handing out biryani packets to them because Shahzada is doing nothing for them during the ongoing lockdown.

An argument broke out between Shahzada’s supporters and those accompanying Saba Iqbal, but it was brought under control after intervention by some elders of the locality.

Shahzada’s men then reportedly distributed biryani to the destitute and poor families of Ward 135 and some parts of adjoining Ward 134 Saturday evening. But Shams Iqbal’s camp spread the rumour that the biryani distributed by Shahzada’s men was made of non-halaal meat.

This led to tension brewing between the two camps from Sunday morning and broke into a full-fledged street battle the same evening. Shahzada alleged his office and residence was ransacked and some of his supporters were injured.

Shams Iqbal is the son of Munna Iqbal, who is the alleged mastermind in the murder of a police officer in the Garden Reach area in February 2013. Munna Iqbal was on the run after the murder and was nabbed from Bihar in March that year.

Shams Iqbal created quite a buzz early last month when he drove to the KMC headquarters in central Kolkata in an Aston Martin Rapide that costs a minimum of Rs 3.88 crore (see this).

Trouble had been brewing between Shams Iqbal and Shahzada for quite some time over control of each others’ turf. That it would break out into street battles even when the city is under lockdown comes as no surprise.