Trump And Kim Jong Un Meet On The Cards? 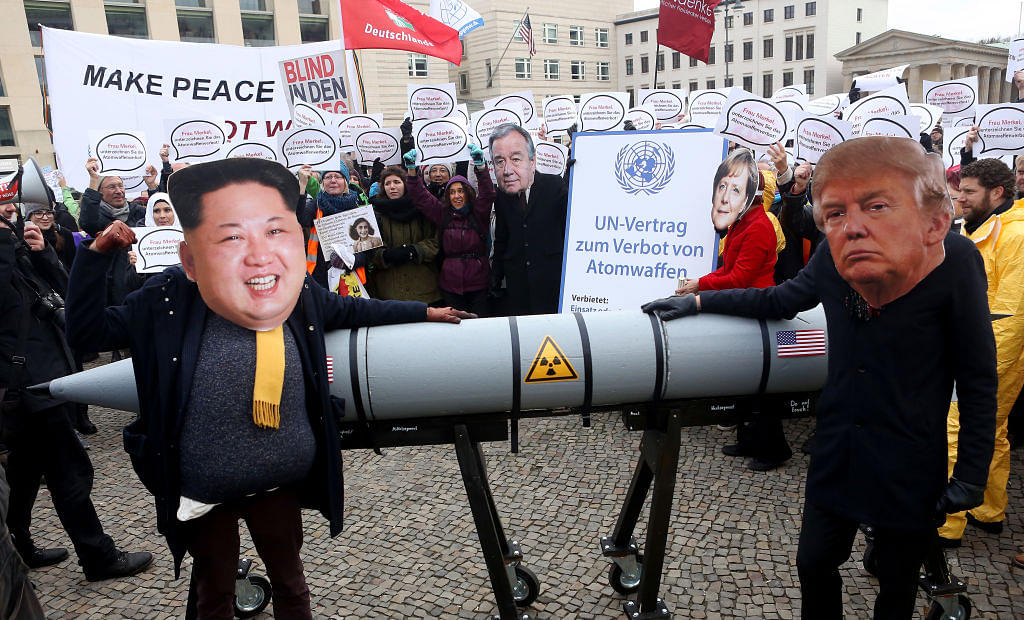 A meeting between United States (US) President Donald Trump and North Korean dictator Kim Jong Un might be on the cards as the two countries move to discuss a peace treaty and possible North Korean demilitarisation, South Korean media has reported.

Following the cultural bonhomie with South Korea during the Winter Olympics this year, a delegation of South Korean diplomats had met the North Korean leader in Pyongyang, the North’s capital. The diplomats had then travelled to Washington to meet Trump, after which they declared Kim’s intention of meeting with Trump, BBC reported.

Kim Jong Un talked about denuclearization with the South Korean Representatives, not just a freeze. Also, no missile testing by North Korea during this period of time. Great progress being made but sanctions will remain until an agreement is reached. Meeting being planned!

The news of the talks comes months after US-North Korea relations had flared up following nuclear and missile tests by North Korea last year. The tests were followed by sanctions on North Korea with the latest ones being declared a few weeks ago.

However, things seem to have calmed down a bit with Trump striking a reconciliatory tone on Twitter.

North Korea has not conducted a Missile Test since November 28, 2017 and has promised not to do so through our meetings. I believe they will honor that commitment!

The US President also thanked the Chinese role in the ongoing talks. While the time and place of the meeting has not been decided, it is being speculated that it might happen in March and that Beijing might be open to playing the host.

Chinese President XI JINPING and I spoke at length about the meeting with KIM JONG UN of North Korea. President XI told me he appreciates that the U.S. is working to solve the problem diplomatically rather than going with the ominous alternative. China continues to be helpful!

The meeting will reportedly see North Korean denuclearisation being discussed along with a peace treaty that would include dialogue on the US military presence in South Korea.