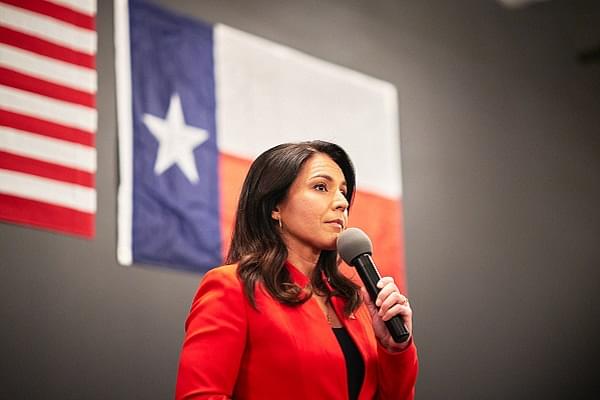 Democratic Congresswomen Tulsi Gabbard, who represents Hawaii in the US House of Representatives on Thursday (5 March), pointed out the presence of rampant Hinduphobia in the US and how she herself has been a victim multiple times.

"Unfortunately, Hinduphobia is very real. I've experienced it directly in each of my campaigns for Congress and in this presidential race".

Unfortunately, Hinduphobia is very real. I've experienced it directly in each of my campaigns for Congress & in this presidential race. Here's just one example of what Hindus face every day in our country. Sadly, our political leaders & media not only tolerate it, but foment it. https://t.co/60MDtszQHf

She also quoted a Facebook post shared by a US based Kashmiri Hindu which described a traumatic experience faced by two Indian Hindus while travelling in an Uber.

The post alleges that the driver began verbally attacking them after ascertaining their identity by levelling accusations like, ”you Hindus are killing Muslims in India and destroying mosques”.

While the Hindus tried to reason with the driver, the latter kept getting angrier and at one point even ordered them to get out of his cab. Only after they called the cops did the driver calm down.

The author of the post thus lamented the damage caused by false one sided reporting by international media outlets during the Delhi riots, which is fomenting more Hinduphobia.

Gabbard herself has in the past faced Hinduphobia which included her getting called a “devil worshipper” during her 2016 reelection campaign.