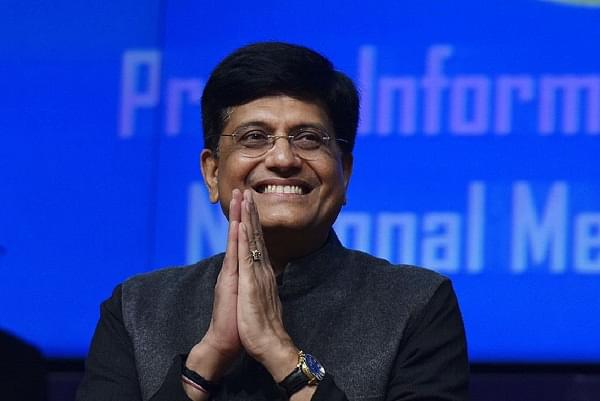 Union Finance Minister Piyush Goyal is confident that the government can achieve the fiscal deficit target of three per cent as the country is on an unprecedented growth path.

In response to a question whether the fiscal deficit target of three per cent was feasible, Goyal said in an interview with Economic Times (ET), “Very much feasible because we are growing at a speed never seen before. This kind of speed country has never seen for five years consistently. This is the fastest growth India has seen since 1991 for five years average.”

“In fact, this (the present NDA government) is the only government which has actually gone down the path of fiscal consolidation. You saw in Congress time, within a year it went from 2.5 per cent to 6.5 per cent and in all our years the glide path has been downward. This has been the only government which has consistently kept a downward glide path of fiscal deficit after NDA1,” he added.

Goyal also stated that the government was committed to keeping a low or moderate tax rate regime and it would continue to expand the tax base wherever possible. He also noted that revenue estimates mentioned in the budget were “calculated very professionally and carefully.”

“Current year figure has fallen (GST estimates) more because of the larger disbursement to the states even for last year’s shortfalls and things like that,” he said.