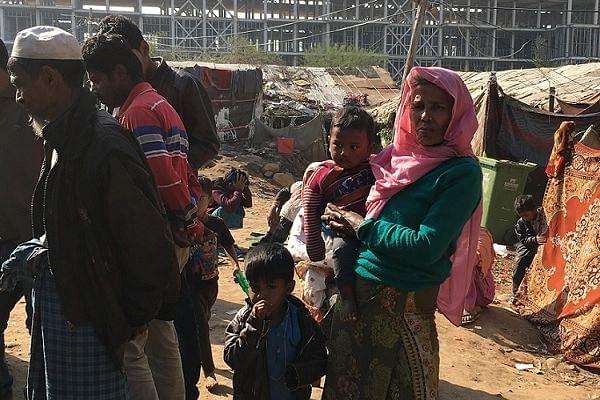 Rohingya inhabitants in a Rohingya camp in Bhatindi

The Uttar Pradesh Anti-Terrorist Squad (UP ATS) has arrested a Bangladeshi and two of his Rohingya accomplices from Ghaziabad on charges of human trafficking.

UPATS sleuths also rescued two girls, belonging to Myanmar, from the clutches of the gang members who were identified as Mohammed Noor, Rehmatullah, and Shabiullah.

ADG, law and order, Prashant Kumar, said, "Mohammed Noor was a Bangladeshi and mastermind of the gang, while Rehmatullah and Shabiullah were Rohingyas. The gang members were involved in human trafficking, gold smuggling and helping other refugees including women and children sneak into the country through various channels."

Later, they would sneak illegally into India through Bangladesh and he got them jobs in factories.

"They also prepared their fake certificates of Indian identity while the women were trafficked," added Kumar.

On the other hand, inspector general of ATS, Gajendra Kumar Goswami, said that based on electronic surveillance, they tracked the gang members along with the two girls in Ghaziabad railway station and arrested them on Tuesday when they were going to Delhi via Brahmaputra Mail.

"We arrested three and the two rescued girls have been sent to Asha Jyoti Kendra in Lucknow. We will question them later," said the IG ATS.