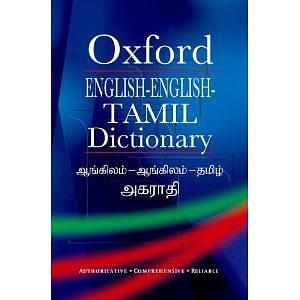 In a bid to preserve Tamil words for the future generations, changes are underway at the 45-year-old Directorate of Tamil Etymological Dictionary Project. The directorate is set to release three dictionaries for the youth with a particular emphasis on college students, while also releasing an updated version of 31 volumes of the Tamil etymological dictionary, reports The New Indian Express.

Thanga Kamaraj, Director of the project, said that his team was working round-the -clock to release three dictionaries. Maanavar Ilakkiya Thamizh Agara Mudali (students’ literary Tamil dictionary), a glossary of Tamil equivalents for words from other languages and Nadaimurai Tamil Peragara Mudali (contemporary Tamil dictionary) which has over 10,000 words are the three dictionaries expected to release by March 2019.

Each dictionary consists of 400 pages and over 10,000 words. “The antiquity, greatness and richness of a language are measured by the volume of dictionaries brought out in that language. The Tamil term ‘agarathi’ is known as agaramudali in chaste Tamil. To meet the ever-growing science and technology demands and to preserve the literary and grammatical traditions of Tamil, preparation and updation of a dictionary is indispensable for the development of the language,” Kamaraj said.

“A dictionary is a vital tool for any language, and it takes the language safely to the next generation. In Europe, people celebrate a Dictionary Week annually to underscore the importance of language. During this week, dictionaries of various languages across the country are displayed, and people and researchers buy them eagerly,” Kamaraj added.

He said that 31 volumes of the Tamil etymological dictionary by Devaneya Paavaanar, a multi-linguist from 1974, was being updated to cater to current needs.