US Department Of Education Investigating Harvard And Yale Over $6.5 Billion Foreign Funding From China, Iran, Russia 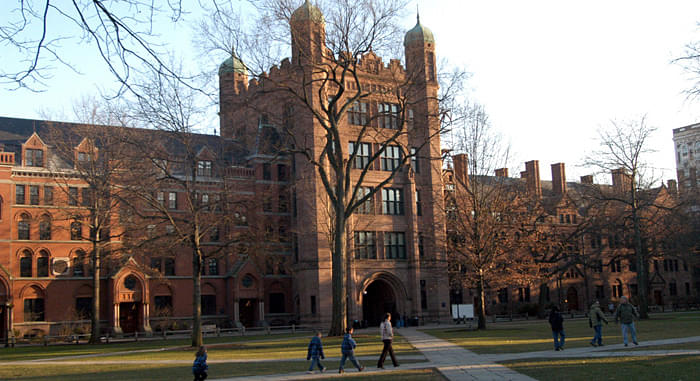 US Education Department has launched an investigation into Harvard and Yale over allegations that the Ivy League institutes failed to report about hundreds of millions of dollars in funding from foreign countries, some of which are perceived to openly hostile to the U.S, The Wall Street Journal reported.

Officials will launch probe whether the universities accepted about $375 million from China, Iran, Russia, Qatar and Saudi Arabia.

As required by law under Section 117 of the Higher Education Act, Universities are required by law to report gifts and contracts from foreign sources worth more than $250,000 per year.

The Department of Education charged Yale with failing to disclose a total of $375 million in foreign money and that it was concerned that Harvard may not have fully complied with reporting requirements.

A review by the department has since July found a total of at least $6.5 billion in unreported foreign funding to U.S. universities from countries like Qatar, China, Saudi Arabia and the United Arab Emirates.

The Department of Education requested to Yale to disclose gifts or contracts from it received frpm Saudi Arabia, Saudi nationals, China, Huawei Technologies and ZTE. Huawei and ZTE — Chinese technology companies with ambitions to be world leader next generation 5G mobile networks — were placed on a U.S. sanctions blacklist last year. U.S. consider Huawei is a national security threat, and the company has frequently under attack from President Trump for trade and tech espionage.

The major crackdown by Department of Education comes after what it described as “multibillion-dollar, multinational enterprises using opaque foundations, foreign campuses, and other sophisticated legal structures to generate revenue.”

Last month, Charles Lieber, the chair of Harvard University's Department of Chemistry and Chemical Biology, was arrested and criminally charged with making "false, fictitious and fraudulent statements" to the U.S. Defense Department about his ties to a Chinese government program to recruit foreign scientists and researchers.

Lieber was accused of concealing his participation in China’s “thousand talents” program from officials in the Defense Department and the National Institutes of Health.