US Turns Up The Heat On North Korea With More Sanctions 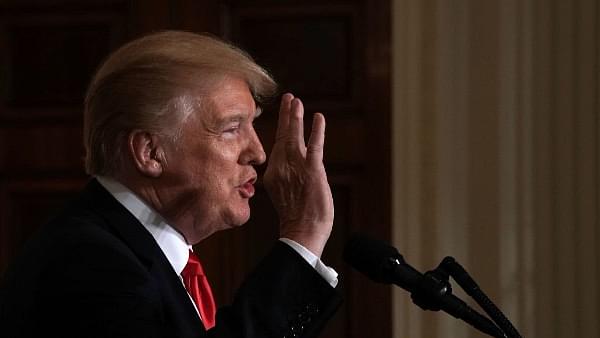 The United States (US) has mounted more pressure on North Korea, announcing its largest package of sanctions to deter the East Asian country from pursuing its nuclear missile programme.

Reuters reported that President Donald Trump has warned of a “phase two” if this round of sanctions fail, which would be “very, very unfortunate for the world”. Trump said the measures were the harshest ones yet.

The US President announced the sanctions near the end of his remarks at the Conservative Political Action Conference (CPAC).

The sanctions specifically target more than 50 ships and maritime transport companies in North Korea, as well as in China, Taiwan, and Tanzania.

Agencies giving a break-up of the sanctions said one person, 27 companies, and 28 ships have been sanctioned by the US Treasury while, separately, certain entities have been proposed for blacklisting under United Nations (UN) sanctions to put a stop to “North Korea’s illicit maritime smuggling activities to obtain oil and sell coal”.

CNN quoted Treasury Secretary Steven Mnuchin as saying in a statement that “the President has made it clear to companies worldwide that if they choose to help fund North Korea’s nuclear ambitions, they will not do business with the United States.”

The US has especially expressed concern over North Korea’s “evasive maritime activities” to bypass restrictions on trade in coal and other fuel.

According to the Reuters report, Mnuchin said he could not rule out the prospect of the US boarding and inspecting North Korean ships.

Heated exchanges between Trump and North Korean supreme leader Kim Jong-un have raised fears of escalation over the last year. But the Trump administration has officially said it prefers a diplomatic solution to the crisis.

North Korea is already under a range of international and US sanctions over its nuclear programme and missile tests. The new round of sanctions is sure to weigh heavily on the East Asian nation.