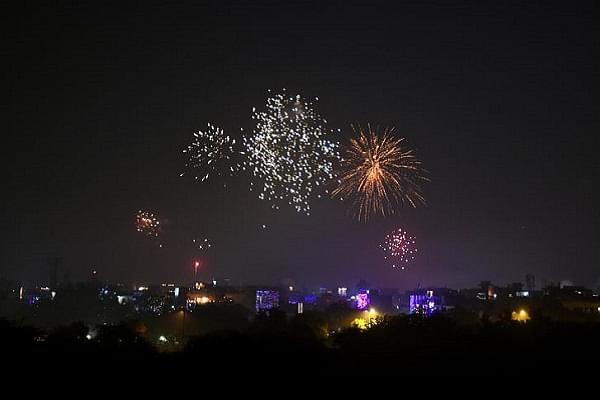 Despite the Supreme Court order, residents of Dehradun - the capital city of Uttarakhand - carried on bursting the firecrackers beyond the time limit set by the administration resulting in challan of 12 people by the police, Amar Ujala has reported.

Dehradun police, on the night of the Deepawali, caught 12 people bursting crackers after the 8 pm to 10 pm time limit, set in accordance with the apex court’s order, from different areas of the city.

Dehradun Senior Superintendent of Police (SSP) Nivedita Kukreti said that following the orders of the SC, the administration had set a time frame of 8 pm to 10 pm for bursting of firecrackers in the city.

Station officers (SOs) in different areas of the city had announced the time limit for bursting firecrackers with the warning that appropriate action would be taken against anyone who would be found doing so after 10 pm.

On Deepawali night, Police challaned six people from Rajpur, two from Premnagar, one from Raipur. Three other challans were done by the Kotwali police. A total fine of Rs 3,750 was imposed on them.

The Supreme court had earlier set a time limit on bursting crackers during Deepawali.