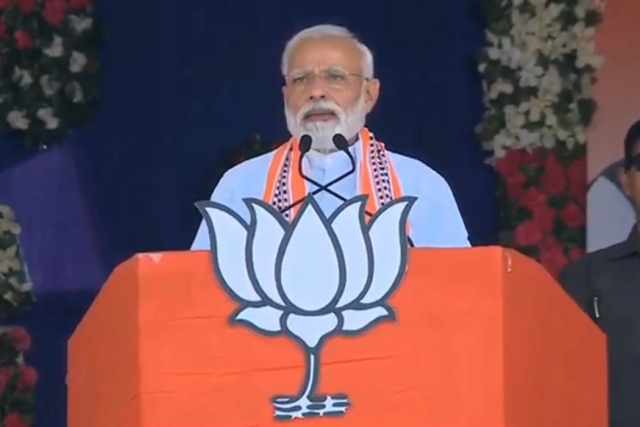 Uttar Pradesh (UP) Police has filed a case against 10 people for registering a fake trust called "Adarsh Narendra Damodar Das Modi Jankalyankari Trust" in the name of Prime Minister (PM) Narendra Modi and asking public representatives to donate funds for the building of a university, reports Hindustan Times.

Four of the ten people including the main accused identified as Ajay Pandey have been taken into custody for interrogation.

The case has been registered under the relevant sections of the Indian Penal Code (IPC) on the charge of committing fraud and cheating. Further investigation in the case is on.

Station officer, Varanasi Cantt, Rakesh Kumar has shared that Pandey had also created a letter pad of the fake trust which also used a picture of PM Modi on the letterhead.

Pandey had also gone as far as to write letters to Varanasi's district magistrate (DM) on 24 July and 31 July asking the authority to identify and allocate around 190 bigha land for the trust's university to be set up.

Pandey had signed the letters in the capacity of the trustee of the trust. He had again written a letter to the DM on bygone 29 October reiterating the previous request for the allocation of land and seeking help in construction.