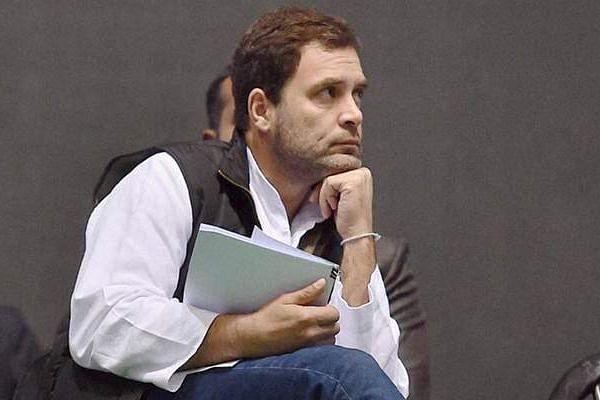 Ranjit Savarkar, grandson of the Veer Savarkar, on Sunday (15 December) said that he will file a defamation case against the Rahul Gandhi for his controversial ‘I am not Veer Savarkar’ remark, reports India Today.

As per reports, Ranjit Savarkar will also be meeting Maharashtra Chief Minister Uddhav Thackeray to discuss Rahul Gandhi's remark on Veer Savarkar during a rally.

"Rahul Gandhi's reaction is very unfortunate. He is habitual of making such comments," Ranjit Savarkar said.

"Jawaharlal Nehru once called Shivaji a 'lootera' but later apologised for his comment. He is repeating his family's mistake," Ranjit Savarkar added.

He also said that Shiv-Sena should break ties with Congress and run government with BJP in Maharashtra.

Earlier, on Saturday Rahul Gandhi refused to apologise over his "Rape in India" remark and mocked Sangh ideologue V D Savarkar and said, "I am not Rahul Savarkar and I will not apologise for speaking the truth".

Rahul Gandhi also accused the Prime Minister of burning the northeastern states and West Bengal over the controversial Citizenship Amendment Act, that was signed by President Ram Nath Kovind on Thursday night, a day after it was passed in Rajya Sabha.

Addressing the 'Bharat Bachao' rally here at Ramlila ground here, Rahul Gandhi said, "Yesterday in Parliament, the BJP people asked me to apologise. But I want to tell them that I am not Rahul Savarkar, I won't apologise. I won't apologise for speaking the truth."