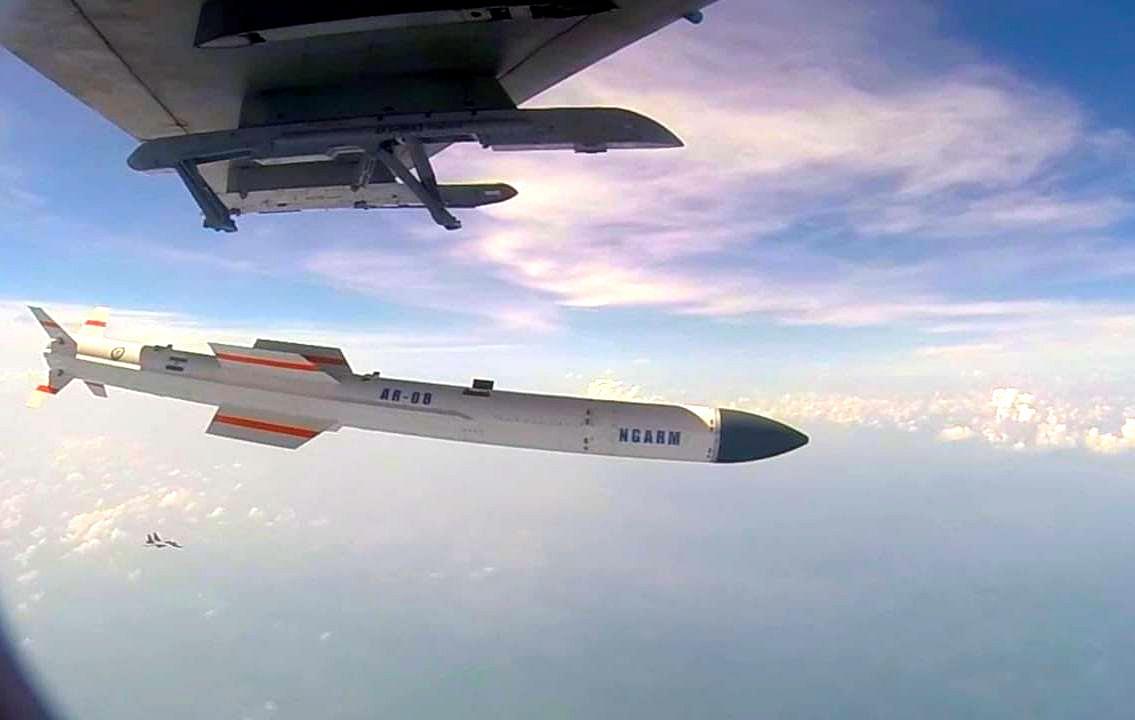 The test was conducted from a Su-30MKI fighter jet of the Indian Air Force.

Also called Rudram-1, the missile has a range of around 250 km. It can be fired from height ranging from 500 metres to 15 km.

An anti-radiation missile can hit a radiation-emitting targets such as radars. With passive homing, it can tracks sources of radiation of a wide range.

This is the six missile test India has conducted in the last 20 days.

On 23 September, India tested an anti-tank guided missile from an Arjun Tank.

This test was followed by the test-firing of a Prithvi-II nuclear-capable missile by the Strategic Forces Command, part of India’s Nuclear Command Authority.

In early October, hypersonic nuclear-capable Shaurya missile was tested by the Defence Research and Development Organisation.

On 5 October, India tested Supersonic Missile Assisted Release of Torpedo, a system that can be used to hit enemy submarines beyond torpedo range.