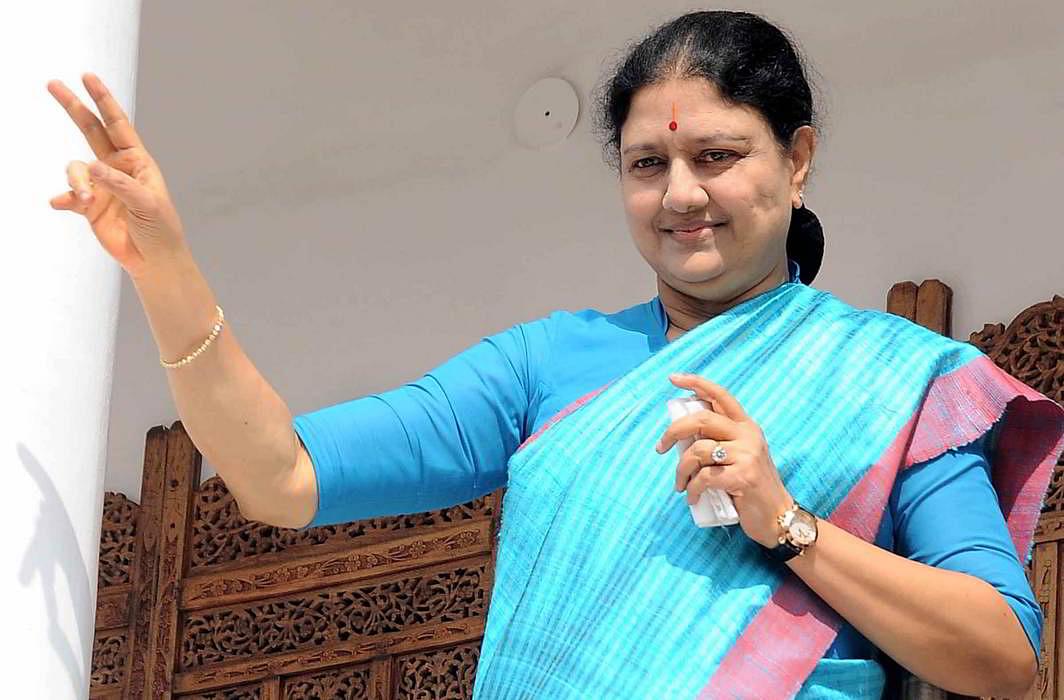 Former AIADMK bigwig V K Sasikala was released from the Central Jail, Parappana Agrahara in Karnataka on Wednesday after serving a four-year imprisonment for a disproportionate assets case, Times of India reports.

The 66-year-old had tested positive for Covid-19 on 21January and the doctors treating her have recommended against discharging her from the hospital for two-three days.

Reportedly, her blood pressure is 126/70 mmHg, blood sugar level is 196 mg/dl and her oxygen saturation level is 98 per cent with a couple of litres of oxygen.

Sasikala is walking with support and consuming food orally. The hospital might do an RT-PCR test as a formality if her family insists on releasing her from hospital on Wednesday. However, such a case will be termed as “discharged against medical advice.”

An official speaking on the basis of feedback from the doctors said, “She is not fit for discharge as of Wednesday. She is being given intermittent oxygen supply and is stable. She will have to stay in the hospital for another three days.”

Sasikala’s chief ministerial ambitions were hampered when the Supreme Court sentenced her to four years’ imprisonment in February 2017.

The former AIADMK general secretary was, in fact, chosen as the unanimous leader of the party’s legislative assembly earlier that month.

Her release from jail adds another dimension to the upcoming Tamil Nadu assembly elections. Whether the ruling AIADMK inducts her back to the party will probably have a major influence in the outcome of the polls.

S Gurumurthy, editor of the Tughlaq magazine, recently said, “Without AIADMK, there will be no spirituality and nationalism in Tamil Nadu. The present situation demands that those who want nationalism in Tamil Nadu must vote for the AIADMK. However, to defeat the DMK, the AIADMK must include Sasikala. When a house is on fire, we will not wait for Ganga water, but will use sewage water also to douse the fire.”