Watch: Hindu Families In West Bengal Flee Their Homes After Mosques Call For Non-Muslims To Be Killed 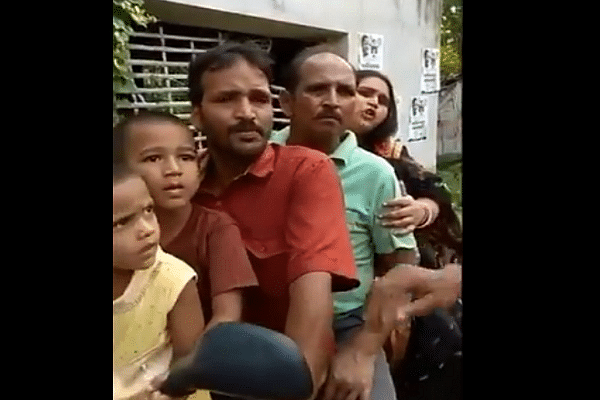 A Hindu family flees on their two-wheeler. (@oldhandhyd/Twitter)

In shocking footage out of West Bengal, Hindus can be seen fleeing from their households in village Bagakhali under Bishnupur block of Diamond Harbour after local mosques allegedly called for violent attacks against them.

The people seem shaken with fear after announcements were made by local mosques to kill and maim non-muslims in that area. Watch the footage below:

Women, kids, families are seen on the streets in large numbers. When asked why were they leaving their homes, they echoed the same sentiments of fear and alleged that the mosques had taken it upon themselves to announce their intention to kill non-muslims.

A woman said, "They have been announcing on the microphone that if the Hindus leave their house, they shall kill them".

Another man, who was escaping on a bike said that their houses are being destroyed by people when asked to clarify he said it was Muslims.

One person even went onto allege that in the announcements, the people in the mosques were giving direct orders to take to ‘lathi’ and knives to kill them.

As per a MyNation report, around 200 houses belonging to the Hindu community were ransacked by alleged Muslim perpetrators and the incident began on 11 May.

Recently it was reported that Hindus were not allowed to vote in the Muslim dominated areas of Raiganj Lok Sabha constituency.