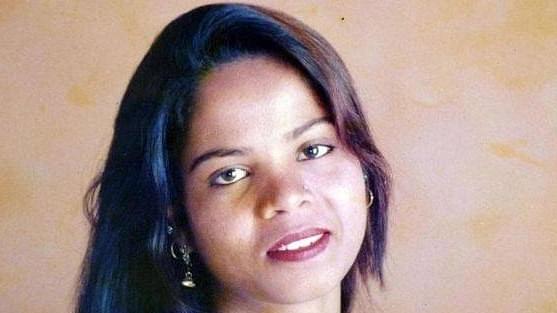 In a disturbing video doing the rounds on social media platform Twitter, a Pakistani national claims to have reached Canada in order to carry out the murder of Asia Bibi, who is a Christian woman who has taken asylum abroad after being acquitted of blasphemy charges against her in Pakistan.

The footage shows the man claiming that Bibi would be asked to repeat her blasphemous words while receiving an award in Canada. Watch the video below:

A Pakistani religious fanatic claims that he has reached Canada to murder Aasia Bibi, the Christian woman who was falsely accused of blasphemy & acquitted by the top court. Aasia Bibi's safety must be ensured pic.twitter.com/xJ7laNBEEg

“To stop her from doing this, and to give her a terrible death, and for sending her to hell, even I arrived in Canada last night,” says the speaker.

Bibi spent some eight years on death row on accusations of insulting Prophet Muhammad during an argument with her Muslim neighbours in 2010. She was finally acquitted last year.

Under the Pakistan penal code, blasphemy is punishable by death or life imprisonment. Widely criticised by international human rights groups, the law has been used disproportionately against minorities and journalists. Rumours of insulting can even lead to massive lynchings.