Watch: Trump Praises India In His Address To UNGA 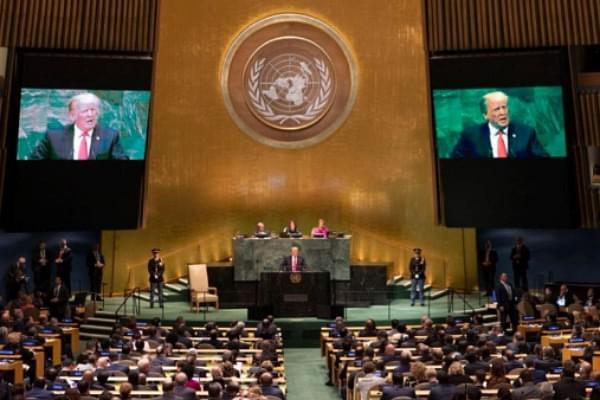 #WATCH: There is India, a free society of over a billion people, lifting people out of poverty into the middle class, says US President Donald Trump at the UN pic.twitter.com/TXFQKqsbNM

“The dreams that fill this hall today are as diverse as the people who have stood at this podium, and as varied as the countries represented right here in this body are. It really is something. It really is great, great history. There is India, a free society of over a billion people, successfully lifting countless millions out of poverty and into the middle class. There is Saudi Arabia, where King Salman and the Crown Prince are pursuing bold new reforms. There is Israel, proudly celebrating its 70th anniversary as a thriving democracy in the Holy Land,” the US President said.

Trump called for the restoration of democracy in Venezuela, while imposing additional sanctions on the country. In his address, he also said that he accepted nationalism and rejected globalism, in reference to the debate on immigration. He also added that America would never apologise for protecting its citizens.