What To Expect From The Israeli President’s Visit To India 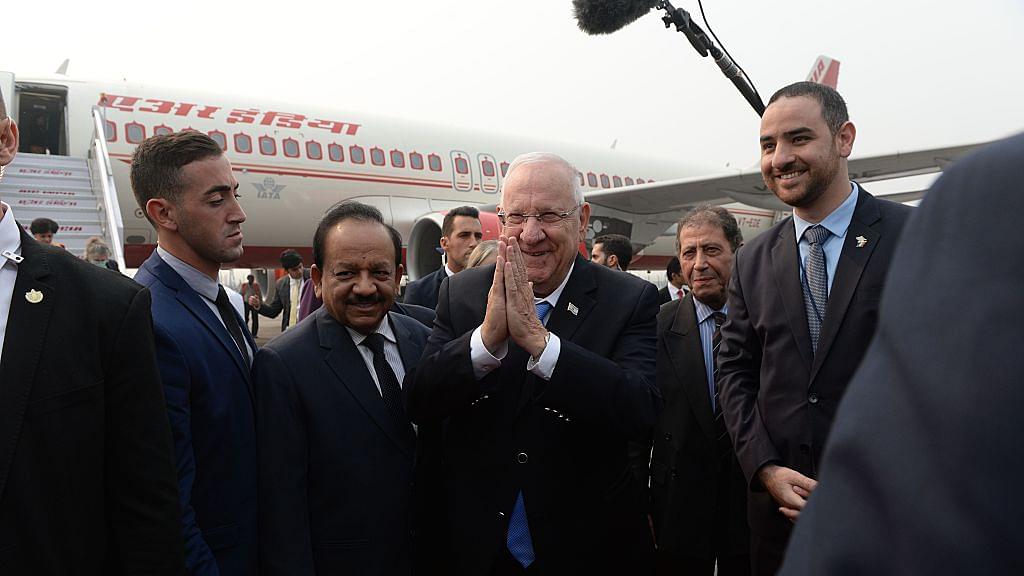 Israeli President Reuven Rivlin arrived in India today (14 November) with a large delegation of businesspersons and academicians. He is here to strengthen the India-Israel bilateral relations further. This can be seen as an early step towards the celebration of 25 years of diplomatic relations between the two nations next year.

A Firstpost report said Rivlin will meet Prime Minister Narendra Modi and External Affairs Minister Sushma Swaraj in Delhi, as well as visit the sites of projects being developed jointly by India and Israel. He will reportedly also meet with President Pranab Mukherjee to kick start an agro-tech conference in Chandigarh.

Before leaving for India, Rivlin said:

I am departing now on an important visit to India, an important ally and close friend of Israel, a state with whom we have much in common.

Rivlin said he is hoping to “plant the seeds for that friendship to grow closer and closer”.

Israel and India are both countries of innovation and of inspiration. Countries that have ancient traditions, but have built strong and thriving hi-tech economies, and now celebrate 25 years of diplomatic relations. This visit is a sign of the strong relations and friendship between our peoples, and I hope will plant the seeds for that friendship to grow closer and closer.

This is the first visit by any Israeli President in nearly two decades.

Rivlin offered his full support to India in its fight against terrorism, reported The Indian Express. Israel is one of the biggest suppliers of defence equipment to India.

On key areas that will be discussed during the visit, Rivlin said:

Some of the key areas we will be focusing on during the visit will be; water treatment and conservation, solar power systems, technology in agriculture, and food production.

Importantly, this visit will focus on three areas of this cooperation, namely agriculture, water and education. These three areas in particular highlight what our two great nations are engaged in – sowing the seeds for the future.

The long-pending Free-Trade Agreement, underway for the last five years, may also come under the scope of discussions. There may be separate agreements signed between Israeli academicians and university heads and their counterparts in India.