Are You Sure That Was Your College? 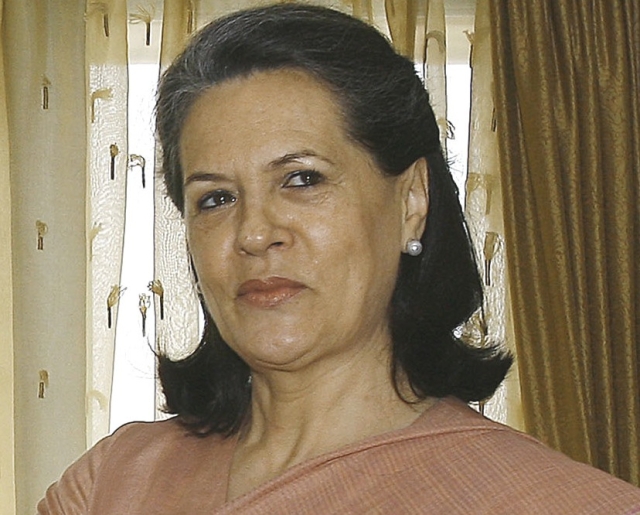 Delhi Law Minister, Jitendra Tomar isn’t the only politician whose academic credentials have been called into question. Here are some of the other, more famous, cases where we didn’t exactly know what the leader was qualified in.

Even as she was basking in the glory of UPA’s comeback in 2004, Congress czarina Sonia Gandhi’s professed educational qualification snowballed into a major controversy. In her 2004 election affidavit, Sonia claimed that she had passed out from University of Cambridge. See below the relevant excerpts from the affidavit she had filed (taken from EC website).

It was left to that indefatigable public crusader Dr Subramanian Swamy to call her bluff. The usually voluble Delhi media establishment maintained a baffling silence even while celebrating her supposedly sacrificial act of abdicating office by rechristening her as “Saint Sonia”.

Dr Swamy took her to court over this blatantly false claim but the Delhi High Court dismissed it on technical grounds. As the dictum goes – “Show me the face and I will show you the rule.”

Dr Swamy’s spirited fight did not go waste. Sonia ‘s 2009 election affidavit contained no mention of the University of Cambridge.

Unless one is a diehard devotee or a media acolyte of the Congress party, the misrepresentation was obvious.

Sonia was not the only one in Nehru-Gandhi clan who courted controversy with her dubious degree claims.

In the run up to 2009 elections, her nephew Varun Gandhi gained instant notoriety for making a highly incendiary speech in the communally polarised state of UP. He was contesting as a BJP candidate. While the furore over this inflammatory speech captured much of media mindshare, controversy that brewed over education related claims in his election affidavit was largely relegated to the side lines.

In his 2009 election affidavit, Varun Gandhi had made claims that he had graduated from the London School of Economics (LSE), and then obtained a Masters degree at the SOAS (School of Oriental and African Studies). Saudi-funded SOAS is a favoured destination for the scions of Asian ruling clans.

It however turned out that Varun had earned his degree from the LSE through a distance-learning program and had enrolled in SOAS (for a MSc in Sociology) but could never complete the programme.

Varun Gandhi survived the controversy and has now fashioned himself as a part-time policy wonk. He is currently doing the rounds of the literary circuit trying to promote his poetry.

These days Rahul Gandhi grabs the headlines largely for his vacuous interventions when he occasionally re-emerges from his extended holidays in exotic vacation spots. But consistent with the hallowed tradition of Nehru-Gandhi clan, he too was embroiled in a controversy over his educational qualification.

His 2009 affidavit was a bit of a shocker. While it states that he obtained an MPhil from Trinity College of the University of Cambridge in 1995, in Developmental Economics, a certificate from the University indicates that both the name of the course and duration that he claims he studied for was wrong.

Clarification from the University of Cambridge

Firebrand Bengal politician, who rose to prominence fighting pitched street battles with murderous communist cadres, once claimed that she had a Ph.D degree from East Georgia University. Only one problem though.

No such university existed.

CPM alleged that Mamta had mentioned her Ph.D degree in her election affidavit. (We could not access her old election affidavits). While it caused Didi some momentary embarrassment, Bengali people did not seem to mind her dubious academic claims. She swept to power by ousting the Marxists rule who were ruling for 34 years.

Like Mamata, several of her Trinamoool storm-troopers too, flaunted their fake degree.

No sooner than Smriti Irani was assigned the HRD ministry, a controversy erupted over allegedly contradictory claims on her educational qualification . It proved to be a bit of embarrassment for Modi government in its early days.

As a candidate in 2004 elections, Irani had declared that her qualification as “B.A. 1996 Delhi University (School of Correspondence)”. In the affidavit filed in the 2014 elections, she mentioned ,”Bachelor of Commerce Part-1, School of Open Learning (Correspondence), University of Delhi-1994”.

Usually combative Smriti Irani, who is articulate and sound on facts, did not exactly come out with flying colours in this controversy. Contradictory educational claims smacked of carelessness.

But if you thought that the exaggerated claims about educational qualifications is very desi (or a Hindu civilizational thingie) problem, you are in for disappointment.

Fake education claimes have felled politicians in other countries too

In 2008, Iranian interior minister, Ali Kordan, was sacked following an impeachment hearing for forging a degree from Oxford University. It emerged that the transcript that the minister flaunted turned out to be a crude forgery, with several misspellings.

The fake degree controversy turned out to be a huge embarrassment for the then Islamist president of Iran, Mahmoud Ahmadinejad. Much like the cash for vote scam in India were the ruling UPA was caught on camera attempting to bribe Indian MPs to vote for the government, a close aide of Iranian President was caught bribing lawmakers to defeat the impeachment.

In the Islamic Republic of Pakistan, a law was imposed by its military dictator Pervez Musharraf that made it mandatory for its law-makers to hold at least a bachelor’s degree or its equivalent.

54 lawmaker across the country were found to be fake degree holders.

Anger against the move was best epitomised by a lawmaker who was quoted as saying “A degree is a degree! Whether fake or genuine, it’s a degree! It makes no difference!”