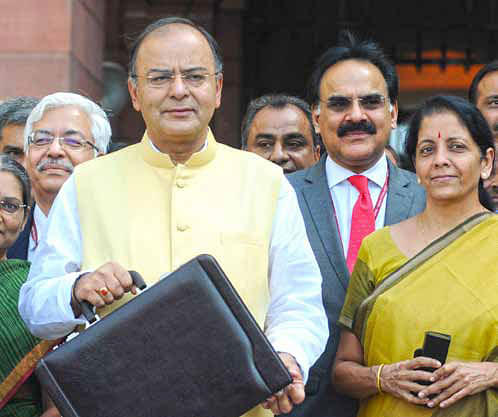 Eight reasons why this was a Game Changer Budget. It has a new approach, and a vision that is long-term and not limited to a year of accounting intricacies.

So, finally, finance minister Arun Jaitley did not present a Big Bang Budget on February 28. Hopes had been riding high that he would. And yet there was no outpouring of disappointment, barring some justified criticism on areas where it does indeed fall short. So what accounts for this? Simply this—it was a Game Changer Budget and everyone has recognised it as such.

The challenge before Jaitley was huge. The economy, which was on the mend, needed some perking up. Investors had to be wooed back. The bottom 10 per cent of the population needed to be taken care of. Government finances had to be put back on track. Meeting the first two challenges required the government to open up its purse strings. But the 14th Finance Commission nicked a large chunk from this purse and gave it to the states. Never had a tightrope walk been more tricky.

Whew, Jaitley pulled it off! Two days earlier, Jaitley’s ministerial colleague Suresh Prabhu presented a similar Rail Budget—a sensible document which set about repairing things that were wrong with the railways, even as it avoided grand flourishes and populist sops (fare cuts) as well as bitter pills (fare increases).

The two budgets give a clear picture of the Narendra Modi government’s approach to managing the economy—sensible and sensitive. The root cause of problems will be identified and addressed. And care will be taken to cushion any negative impact on the common man.

So what are the game changers in Jaitley’s budget?

One, financing infrastructure. The National Infrastructure and Investment Fund, into which Rs 20,000 crore will flow annually, is an attempt to leverage government money to pull in private money. The Fund will raise debt and invest as equity in infrastructure finance companies, which can then leverage this extra equity. This is a sensible way of balancing public investment and fiscal discipline. There should be minimal delay in operationalising this.

Two, the manner of implementing infrastructure projects. Jaitley appears to have recognised that the problem of the infrastructure sector is not one of money alone. The problem of stalled projects is really one of endlessly delayed sovereign clearances. The proposed plug-and-play mode of implementing infrastructure projects will mean that the government will ensure that all clearances and linkages for large projects will be in place before projects are bid out. This was sorely needed. There’s also the proposed legislation which will replace the current multiple prior permissions with a pre-existing regulatory mechanism. Though this is not a infrastructure-specific measure, both these proposals are part of the overall easing of the difficult business environment.

Three, unleashing entrepreneurship. The MUDRA (Micro Units Development Refinance Agency) Bank will be a huge leg-up for entrepreneurs at the bottom of the pyramid who cannot access formal systems of credit.

Five, the proposed bankruptcy code. This is something that the banking sector has been demanding for a long time. The lack of it was one of the reasons for public sector banks coming under stress. The proposed code will help banks recover money from defaulting borrowers.

Six, the gold monetisation scheme and sovereign gold bond. For far too long has gold been a source of problem for the economy, pushing up the current account deficit and lying unutilised in bank lockers. According to a State Bank of India note on the budget, even with a 30 per cent strike rate, the monetisation scheme could bring in Rs 3 lakh crore.

Seven, reining in the black economy. The proposed legislation is only one part. The sneak peek Jaitley gave made it seem draconian and such laws have never been effective in India. But far more important is the proposal to incentivise non-cash transactions. India is among the countries where cash transactions are the highest. Apart from cutting at the root of the black economy, it will also help banks cut down the costs incurred in handling cash, whether through people or machines.

Eight, the approach to welfare. Gone is the over-reliance on meaningless rights-based entitlements or costly and leakage-prone sops. There’s a major emphasis on insurance and cash benefits. This is a paradigm shift and this is the sensitive side of the budget. A lot, however, will depend on the way this is implemented.

There are a lot of other positives. The roadmap for the Goods and Services Tax, for one. But this was expected. There’s the push to fiscal federalism. But that was pushed thanks to the Finance Commission report. The eight game-changers listed above came out of the blue and will put the economy on a sound footing.

Should Jaitley have gone further? Certainly.

He definitely needed to present a clearer picture on expenditure reform. Merely upping capital expenditure is not enough. The revenue deficit (the gap between the government’s revenue receipts and running expenses) is still 70 per cent of the fiscal deficit and that’s a ticking time bomb. There’s limited scope to cut revenue expenditure. Subsidies are the only category that lend themselves to pruning, but not enough has been done on this count.

There should have been clearer signals on how the food and fertiliser subsidies are to be reduced. Reliance on the JAM trinity—Jan-Dhan Yojana, Aadhaar, Mobile—does not address the issue of excluding the non-poor from the subsidy net. Jaitley had often said in the run-up to the budget that the interim recommendations of the Expenditure Management Commission headed by Bimal Jalan would be factored into the budget, but there’s no clarity on this.

The signals on disinvestment and privatisation are confusing. Jaitley has budgeted Rs 69,500 crore for earnings from disinvestment. Piecemeal stake sales and strategic sales of loss-making PSUs will not bring in that much. But at a post-budget press conference, Jaitley refused to say anything about whether profit making enterprises would also be privatised.

On GST, Jaitley does seem rather blasé. There are still many hurdles to implementation, with even the design not very clear. Given this, an April 2016 deadline appears unrealistic and it would have been good if he had spoken about the hurdles and how they will be removed.

Hopefully, all these game-changers will not remain just in the budget speech and will get done. Hopefully, this is not one year’s budget but the first step in a series of four more that will all take small steps that together will revolutionise the Indian economy.