I Dismiss This Classification 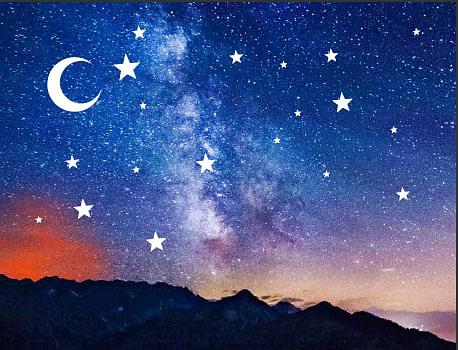 Muslims are not a monolith—whether across the world or in India. But if you must treat them as a separate category, the onus lies on both the State and the community to ensure mainstreaming of all, especially the marginalized sections

At the very outset, the very idea of “Indian Muslims” being clubbed together under one umbrella is highly suspicious; it reeks of a political agenda and divisionism and the rejection of diversity. In fact, it is so unacademic in approach that it shocks me no one has yet bothered to denounce it. Indian Muslims are divided not only along lines of belief, but also along linguistic and cultural and geographical lines. And even further along economic lines. So to refer to them as some amalgamated whole is speciesism at best.

If we undertake, for example, a study of Bengal, the heading could be ‘Bengal’ under which may come Bengali Muslim, Bengali Hindu, and other smaller groups subdivisions and communities. We must acknowledge that the categories are mostly vastly overlapping. Under ‘Assam’ we may have Bodos, Muslims, Hindus etc. These definitions, too, according to me, are far more limiting and rigid than they should be.

The people of Kashmir, as another example, are bonded by language, food, music, crafts, etc. Then they may be initially divided into plains dwellers and mountain dwellers, and lake dwellers. Only after that into Pandits and Muslims. But as Amartya Sen said in his book The Argumentative Indian, we always identify people by their religion and caste first. This is a serious mistake. For this form of identification becomes set in our minds so deeply that we try to force all overflowing differences into these slots even in our own selves. This allows external political forces and internal power driven religious forces to take advantage of the conditions and snatch away our freedoms.

What we have done by our peculiar way of classification using religion as a guideline or criterion is that we treat human groups almost as different species that exist across geographies. So I am in a sense challenging the very parameters within which we undertake studies of societies and cultures.

The power hungry within and without communities struggle tirelessly to push individuals and groups of individuals into identifiable categories and homogenous globs to dominate them and use them to their own ends. The external forces trying to coerce these masses into particular shapes and specific forms stem clearly from political machineries. These political machineries make use of religious leaders and religious bodies to bring diverse entities under a single head or leadership type. The latter constitute the internal forces at play that help the external forces in their endeavours to flatten all individual particularities.

Religion is used to generate fear and insecurity so the individuals themselves huddle together in terror of social ostracism and abandonment and repercussions in the afterlife. Thus sheep-like they are herded and securely penned.

Who are these Muslims, Hindus, Dalits, Christians, who can be herded and penned and exploited? Obviously more so those who belong to the lower economic strata and those who have not had the privilege of an education that helps them understand their own rights, freedoms and possibilities.

So in order for any community to have a future where there is wellbeing socially and economically (this includes a definite degree of freedom of choice and thought) they have to be liberated from the shackles of a narrow and coercive religious leadership. This can only happen if communities have access to education, nutrition, healthcare, skill development and other means of uplifting their self-esteem and sense of citizenship, of belonging, and security. The last is extremely important as, without a sense of someone being there to look out for their interests, they either get herded and penned or they can also alternatively espouse rebellion, and take up arms against the State.

I firmly promote the idea that in a country where the State takes responsibility for the individual, the oppression of religions and communities slowly disintegrates and there is more freedom and more productivity. We have to work towards such a society where individuals are not abandoned and left at the mercy of oppressive forces. An atmosphere of trust needs to be created. It seems like an impossible task, but we must find ways of attaining the noble goal. Having made my stand clear, let us see if we can make any general statements about the condition and future of Muslims as a religious minority in India.

The majority of Muslims in India are poor and backward. They are at par with the Dalits. State powers have to work towards the uplift of all communities that are disadvantaged, the Muslims included. But because of our aforementioned classificatory tendencies, it seems there is a serious level of hostility towards Muslims, and in Muslims themselves. The minority syndrome helps keep them alienated from the mainstream. They take refuge in stereotypes created for them by religious leaders. They do not open up to the mainstream. The drama playing out at the world theatre at present is also doing serious harm to the image of Indian Muslims and alienating them further.

So what do we do? What can the State do? The Minorities Commission needs to play a more proactive role and appoint dedicated and open minded individuals (not exploitative businessmen and politicians) who have the good of the community at heart. Social workers need to be sent out into ghettos in cities and villages in rural areas where the minority needs attention. Schools must be opened; healthcare and nutrition needs to be attended to. The welfare of women and children must be seen to. Oppression of women sanctioned by purported religious customs ought to be battled at every level.

What can the Muslims do? They must work towards overcoming their fears as a minority. They must take pride in their own identities as Indian Muslims, who speak Indian languages, wear Indian clothes and follow diverse regional customs. They have to battle the homogenizing political and religious forces that wish to lump them together and destroy their diversity and hence their special identities, talents and richness. They must work against their alienation from the mainstream which comes as much from within as from without. They must stop identifying with the Arab world and looking up to the Arabs for guidance and support, but instead know and ask for their rights from the Indian State.

The better educated and economically better off Muslims must try and help the disadvantaged around them to improve their lot and escape social and ‘religious’ oppression. The State can help set up committees of educated Muslims who are willing to participate in the uplift and mainstreaming of the disadvantaged and the suffering. What can the media do? To begin with, stop relaying the messages and speeches of religious bigots of all denominations. Completely blackout all bigoted statements. Stop giving credence to the religious heads as though they represented the entire community. They do not.

Second, the image of Indian Muslims as a peculiar homogenous species has to be changed and the media should play an important proactive role in this.

Indian Muslims must be brought into the mainstream and their sense of belonging be enhanced, so they begin to be looked at as simply a normal part of Indian life, by themselves and by others.

To end, the future is bleak as long as the moment anyone hears my name he/she slots me and pins all of his/her preconceived notions onto me and interacts with me through a prism that defies clarity and distorts reality. (On a more humorous note, I have to put a rider on this last statement. As often people in India are ignorant and think because my name is Mariam, I must be a Christian.)

And to all my readers here, most of what I have said applies to any community and to India as a whole. Let’s stop the “them” and “us” game. Adopt a scientific temper, and embrace humanity.

Mariam Kariam Ahlawat is a novelist. playwright and writer of literature for children
Get Swarajya in your inbox everyday. Subscribe here.
Tags: