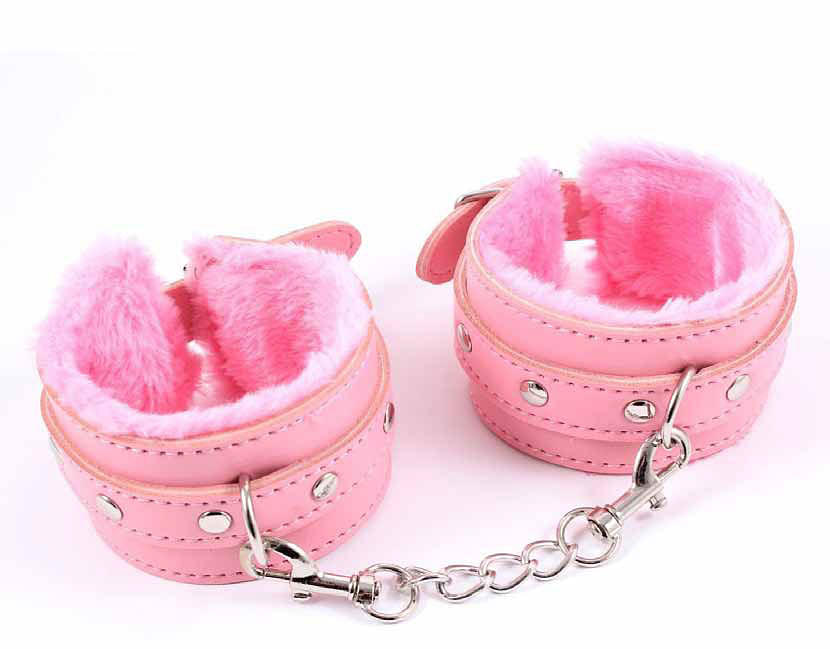 Books like Fifty Shades of Grey perpetuate the worst sorts of societal ills, and when they become bestsellers, they are dangerous for women’s physical and mental health

Right at the onset; let me promise you one thing – this is not a book review. My inner goddess will slit her throat if she has to read (let alone write) another book review about Fifty Shades of Grey (FSOG, for short).

Let’s address that right here, right now—before we move any further. Ironically, in order to move further, we have to move back in time. I was not born a writer; I became one when I fell in love with the written word, which happened pretty much when I was wearing frilly frocks with tie-around lacy belts.

Amongst the many books I devoured as a child—in my hunger for anything that could be spelt—was one by one of my favourite writers was Rudyard Kipling. Of course, books weren’t the only things I read. I read pamphlets, monument pillars, service lifts, toilet walls, the newspaper thongas (that are used to serve bhel puris and other Indian snacks), et cetera. Well, long story short—I read everything—from the greatest treasures to the crappiest turd (“Oh, and the pun is intended,” screams my inner goddess—in case you forgot she was there.).

Two poems kept me company as they remain etched on my bedroom mirror. They were my personal literary-chaupai (quatrains, in English) so to speak. The first was Robert Frost’s Stopping by Woods on a SnowyEvening, while the other (by Rudyard Kipling) went something like this:

I keep six honest serving-men,/ They taught me all I knew;/ Their names are What and Why and When/ And How and Where and Who.

This poem (or quatrain to be precise) became the essence of my existence (in fact, it even helped me pick my PhD topic at the tender age of 22. If you’re wondering ‘HOW’—we’ll reserve that discussion for another time, another place).

For now, it would suffice to say that I live my life for my ‘Ws.’ In other words—the symptom does NOT interest me, it intrigues me.

With that personalization in place, let’s now move to the symptom that caused my Ws to explode and forced me to put pen to paper. It was the Fifty Shades phenomenon!

The runaway success of the book is not what interests me at all (in fact, kudos to E.L. James for making her millions and kudos to the readers—including me—who helped her as her inner goddess surreptitiously counted the wads of cash), it’s the underlying cause that caused me to pause (“Ooh, that rhymes,” my inner goddess chimes). By the way, if you think my inner goddess is annoying, wait till you meet Ms. Steele’s. Anyway, let’s kill the annoyingly cloying inner goddesses for now—oh, wait, maybe we should suspend them from the ceiling—after all, Christian Grey believes it’s fun.

According to the World Health Organization (WHO), Intimate Partner Violence refers to behaviour by an intimate partner or ex-partner that causes physical, sexual or psychological harm, including physical aggression, sexual coercion, psychological abuse, and controlling behaviours.

Well, it doesn’t take a rocket scientist to figure out that a book like FSOG not only normalizes, but romanticizes the notion of Intimate Partner Violence. In fact, according to a recent research conducted by the Michigan State University, young adult women who had read FSOG were more likely than non-readers to exhibit signs of eating disorders and have a verbally abusive partner. Moreover, the study also found that women who had read the entire trilogy were at an increased risk of engaging in binge drinking and having multiple sex partners.

Do you need some more sobering thought? How about the following?

• Women aged 15-44 are more at risk from rape and domestic violence than from cancer, car accidents, war and malaria– World Bank

• India is the “most dangerous place in world to be born a girl”. – The Telegraph, UK

• Up to 7 in 10 women around the world experience physical and / or sexual violence at some point in their lifetime. – United Nations

So let us explore WHY women throw caution to the winds and fall for/stay with men they wouldn’t even trust with the welfare and survival of a cactus plant?

They believe they can change the man. Women who fall for the proverbial bad boy often believe that they will be “the one” to change him (remember how a single kiss from the princess magically transforms a frog into a prince). They truly believe that he will magically and majestically fall in love with them—one day. They also believe that for all his bad behaviour, they will be the one to lead him from darkness to light (better known as the Florence Nightingale Syndrome).

He, therefore, becomes her personal pet project. They allow him to exert control in the vain hope that one day, either they themselves will usurp the control or the bad boy will himself (and completely on his own accord)—lovingly and willingly—surrender the control. In other words, they initially cave, in order to eventually command.

They see the “little boy” he once was. Many women refuse to see such men for who they truly are—violent abusers (whether the inflicted violence is physical, sexual or psychological). Instead, they see the abuser as a “victim” of his own childhood, of his external environment and circumstances. A “little boy” who is in dire need of some TLC (Tender Loving Care).

These women often put their own lives on the backburner, while they tediously attend to his every whim and fancy, forgetting in the process that they too—once upon a time—had a life of their own.

Psychologists, therefore, are of the opinion that women who fall for abusive partners are: (a) insecure, (b) suffering from low self-esteem, and (c) a former victim of physical or sexual abuse.

Material wealth and security. Money truly is a powerful aphrodisiac! And before you shun me for blatantly pointing out the obvious, it is pertinent to point out that almost all these cads in popular culture have been shown as insanely wealthy. After all, how many of us truly believe that Ms Steele would put up with Mr Grey’s BDSM fetishes had he been a cad without a wad (of cash)? Or if Ms James would have been ever so daring as to change her character’s financial status, would it even make the bestsellers’ list (58 weeks and counting, by the way)?

Biology takes the blame—AGAIN! Just as men blame their infidelity (and their penchant for amorous adventures) on evolution, researchers too have found support for the hypothesis that women prefer cads/ bad boys during ovulation. According to psychologists, throughout evolutionary history, such men have been known to protect not only their women, but their offsprings too. Of course, before you experience a warm glow towards these “protectors”, remember that protection is not a testament to love. In patriarchy, women have always been regarded as property—legally, and NO abuser will ever let another man trespass on his property now, would he? In fact, if the abuser could, he would “pee” around his girl to mark his territory.

Of course, in case you are wondering, there is a scientific name for this condition (and yes, it’s a condition)—hybristophilia, popularly referred to as the Bonnie-and-Clyde syndrome. The term was coined by the famous sexologist, John Money, which refers to a condition that can cause women to become attracted, or even sexually aroused, by “marauding or predator type partners”.

Of course, while hybristophilia refers to the extreme end of the spectrum, the prevalence of growing Intimate Partner Violence is a cause for concern. Perpetrators of abuse often make their victims believe that they are somehow responsible for their own abuse. Such misplaced notions shift the blame of the abuse from the abuser to the abusee (well, if it ain’t a word, it should be one).

The sad part is that popular culture has always managed to give its tacit approval, but no matter how many books/songs/movies “romanticize” the notion of violence and abuse, Intimate Partner Violence IS NOT FOREPLAY!

Well, let’s conclude this article with a game (after all, that’s a befitting homage to FSOG).

I’m sure you have played Spot the Difference as a child (or even adult), here’s your chance to play Spot the Similarity:

Below is an excerpt from FSOG (for the sake of brevity, I only chose one). Read (and weep!)

“And then this evening, he actually hit me. I’ve never been hit in my life. What have I gotten myself into? Very slowly, my tears halted by Kate’s arrival, begin to slide down the side of my face and into my ears. I have fallen for someone who’s so emotionally shut down, I will only get hurt—deep down I know this—someone who by his own admission is completely f***ed up. Why is he so f***ed up? It must be awful to be as affected as he is, and the thought that as a toddler he suffered some unbearable cruelty makes me cry harder. Perhaps if he was more normal he wouldn’t want you, my subconscious contributes snidely into my musings…and in my heart of hearts I know this is true. I turn into my pillow and the sluice gates open…and for the first time in years, I am sobbing uncontrollably into my pillow.

I am momentarily distracted from my dark night of the soul by Kate shouting.

‘Since she’s met you she cries all the time.’

Christian bursts into my bedroom and unceremoniously switches on the overhead light, making me squint.” (Fifty Shades of Grey, pp. 284-285)

So, here’s the thing, dear readers: If an intimate partner makes you shed tears—so much so that it slides down your cheek and makes its way into your ears—imagine “tears-in-ears”) it’s time to ask yourself, with complete and brutal honesty: “Am I dating a human, or an onion?”