Why Not Vote Through ATMs? 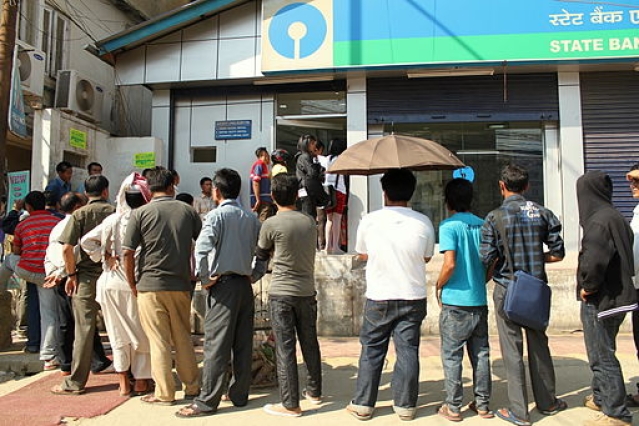 Here’s a radical and cheap technology solution to make voting across the country safe, secure and convenient

The Chief Election Commissioner has recently stated that the Election Commission (EC) is planning to use web and mobile-based technology to allow citizens to cast their vote in local and national elections. Is this feasible? Will it be fair? Or secure?

The challenge is daunting, but let us see how we can leverage an existing technology infrastructure to reach this goal easily and at a very low cost.

Online voting is not a new idea. The Computer Society of India and many public limited companies are already using the internet to allow members and shareholders to vote by logging into websites. The challenge is to make sure that only those who are authorised to vote are allowed to log in and this is ensured by sending unique user IDs and passwords by email. Obviously, this assumes that every member of the electorate has a valid and validated email ID. This would not be true in India.

The difficulty can be overcome with small, inexpensive hardware devices that are used for secure logins in some banks and multinational companies, but the cost and difficulty of distributing such devices is very high. Finally, we need to secure such web-based systems from sophisticated hackers, cyber criminals and cyber attacks from hostile countries. Since this is a big challenge, we need to consider alternatives.

Consider the ATM network that already spans the entire country.

Having evolved over the years, ATMs are viewed as stable and mature platforms for critical services. Moreover, each usage of an ATM card is clearly and unequivocally tagged to a bank account that in turn is connected to a person identified by a rigorous Know-Your-Customer (KYC) process. So while I can always give my ATM card to my wife and tell her the PIN code, I cannot deny or repudiate the actions that are performed with the card. The bank holds me responsible for any money withdrawn or transferred except when—and this is rare—the card has been stolen, along with the PIN, and used. The first ATM in India was set up by HSBC in 1987 and after a quarter of century of usage, the technology has instilled a sense of comfort both in banks as well as in people that it is indeed reliable. Moreover, all ATMs can be used to access funds lying in any bank in India.

What if the software in all ATM machines were to be upgraded to include an additional feature to allow voting? Just as the LPG Consumer number, given by the oil companies, is being connected to a bank account, with or without the existence of the Aadhar card, so can a voter card number be connected to a bank account and become verifiable through an associated ATM card. This means that if one were to slide an ATM card into an ATM machine, it will uniquely identify the individual on the electoral roll.

Now it is a simple matter for the system to determine if one is eligible to vote in any particular election that is being conducted by the Election Commission at any point of time. For example, if on a particular date, a by-poll is being conducted in a particular constituency, only those who are registered voters in that constituency, would be allowed to press a button and cast their votes—and obviously, only once. For everyone else, the button to vote will be de-activated. If multiple elections are being conducted on the same date, a menu can be shown, so that the user can choose the one specific election where he can cast his vote.

And as a by-product, the voter need not be physically present in the geographic area where the election is being held. Votes can be cast by people living or working far away from their home constituencies as long as they can reach an ATM machine.

Here are some back-of-the-envelope calculations to check the feasibility of the numbers involved. The total number of voters in India is approximately 82 crore while the number of bank accounts is around 65 crore. That looks nice until we realise that many people have multiple accounts and so the number of distinct account holders could be about 10 crore, leaving a gap of 70 crore. However, under the PM’s Jan Dhan Yojana, almost 11 crore new bank accounts have been opened in the last six months. If we continue at this pace, it is a matter of four or five years before we can provide every voter with a bank account. In fact, in the more densely populated and urban areas, full coverage of almost all voters with bank accounts can occur much earlier.

So the proposal to use ATM cards to validate voters and allow them to cast votes at ATM machines could actually be an extension of the Government of India’s publicly stated goal of total financial inclusion for the entire population. Universal franchise and universal banking could in fact be made two sides of the same coin of technological development!

But wait, there is more to come. Last year, the President of India inaugurated RuPay, an Indian domestic card scheme launched by the National Payments Corporation of India (NPCI). It was created to fulfil the Reserve Bank of India’s desire to have a domestic electronic payments system. RuPay facilitates electronic payment at all Indian banks and financial institutions, and is comparable with MasterCard and Visa in India. Banks in India are authorized to issue RuPay debit cards to their customers for use at ATMs, point-of-sale terminals, and e-commerce websites. Many banks, including all major public sector banks, currently issue RuPay cards to their customers and RuPay cards are also issued at about 200 cooperative and rural banks to promote financial inclusion.

According to data published by the NCPI, almost 1.45 lakh ATMs in India today accept the RuPay card. This number is comparable to the 8.35 lakh polling booths that were used during the 2014 Lok Sabha polls and so can be used to reduce the load on the traditional EVM-based booths significantly. This will also lead to a surge in the issuance and usage of RuPay cards and help it break into the market dominated by the global giants.

How does the process work?

First, the voter card numbers of all eligible voters needs to be replaced with a uniform 16-digit number that reflect the state and the constituency that the voter is eligible to vote in. Next, every voter would need to have a KYC-compliant bank account that will be linked to this voter card number. Any attempt to link the same voter card number to multiple bank accounts will be caught automatically. So the RuPay debit card, or any other ATM card that is linked to the account, becomes the de facto voting card for those choosing to use the electronic voting option. However, all those who still want to cast votes at EVM booths can continue to use the traditional voter card. As a one-time effort, people must decide which option they will exercise.

Fortunately, most of the physical components of the ATM network would remain the same and only the software would need to be changed. Today, when someone uses an ATM card, the validity of the card, the PIN and the balance available in the bank account is checked against the user’s bank computers. In this case, a similar validation will be done against the Election Commission’s computers to determine the voter number of the person and the constituency that he is eligible to vote in.

Finally, when an election is being held in any constituency, the software will allow only those who are eligible to vote in that constituency to cast their votes. So, instead of having to go over to that one single designated booth where he is registered, the voter can simply walk into the nearest ATM machine and vote in a safe, secure and comfortable manner. Not only will this be convenient for the voter, it will also reduce the pressure on the election machinery as the number of polling booths required will be significantly reduced. Moreover, with votes being cast in a distributed manner, the threat of booth capture, physical intimidation of voters and casting of false votes can be significantly reduced.

The scheme has many advantages. There is no major investment in physical infrastructure. Using bank accounts and RuPay cards will accelerate financial inclusiveness and popularize the card while the Election Commission will need less money and manpower. Finally, voters will be able to cast their votes in a secure and convenient manner from anywhere in the country.

Who could ask for anything more?