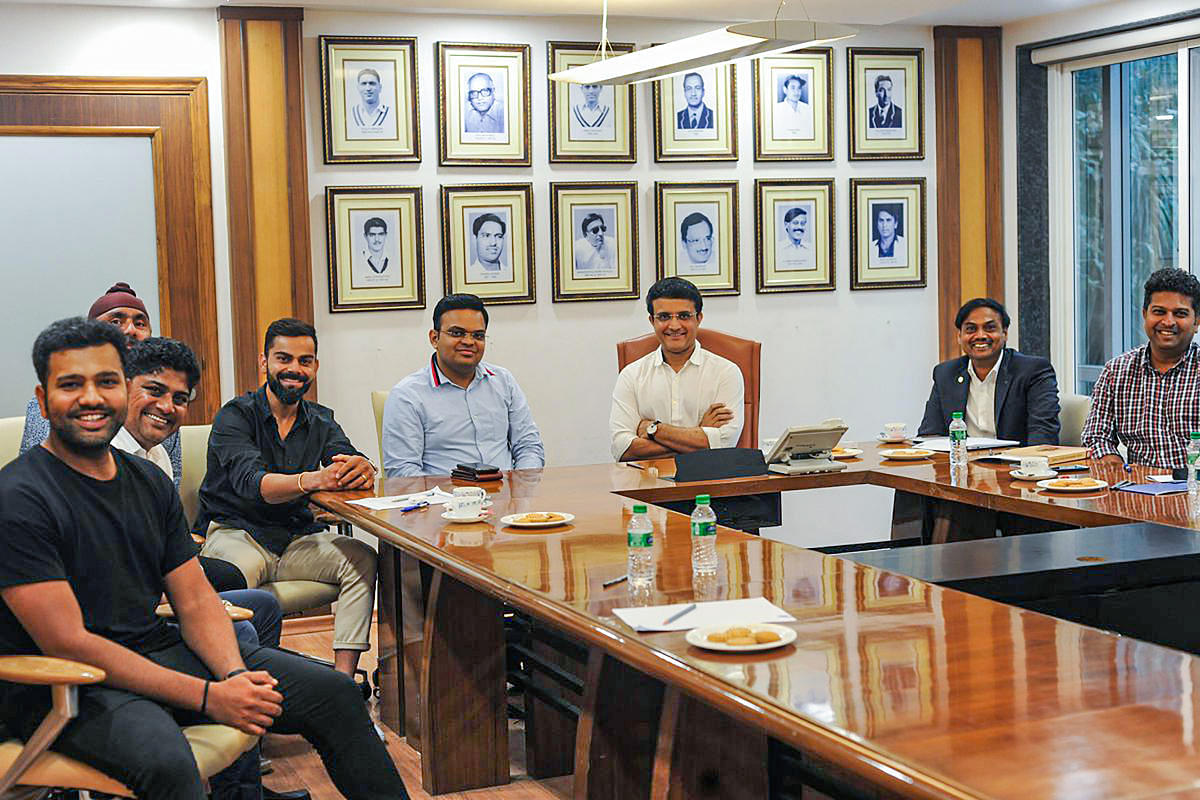 The BCCI was hoping for a cumulative bid in the range of Rs 10,000 crore but to their surprise, earned Rs 7090 crore from Goenka's RP-SG Group for the Lucknow franchise, while CVC capital forked out Rs 5625 crore for the Ahmedabad team. The two new sides will take part in the 2022 IPL.

''BCCI is pleased to announce the following successful bidders (subject to definitive documentation and other formalities being completed): 1. RPSG Ventures Ltd. – Lucknow (for INR 7090 crores). 2. Irelia Company Pte Ltd. (CVC Capital Partners) – Ahmedabad (for INR 5625 crores),'' the Board stated in a press release.

The IPL 2022 season will comprise 10 teams and will have 74 matches, wherein each team will play seven home and seven away matches, the Board added.

Goenka was delighted to be back in the IPL and this time, as a full-time owner and not a temporary one, which was the case when he ran the Pune franchise during the spot-fixing related suspension of CSK and Rajasthan Royals.

''Firstly, it feels good to be back in the IPL. But this is just the first step. Now, it's really for us to build a good team, and try and put up a good performance. So the work really begins now in terms of actually getting the coach, putting together a team,'' Goenka said after his company won the bid.

Asked if Rs 7000 crore was economically viable, Goenka reasoned: ''We do believe that the valuation of this will go up in the future. And from what we invest, to what it could be over a period of 10 years would be a multiple of a few times.'' He was also happy to get Lucknow as the home base as RPSG group has business interests in the state of Uttar Pradesh.

''We distribute power in Greater Noida. We have a number of Spencer stores in the state. So we do believe, that will help us to connect with the state, and we look forward to this.''

BCCI president Sourav Ganguly was happy that IPL was spreading far and wide.

''The IPL will now go to two new cities in India viz in Lucknow and Ahmedabad. It is heartening to see the inclusion of two new teams at such a high valuation, and it reiterates the cricketing and financial strength of our cricket ecosystem,'' Ganguly said in a press statement.

''The ITT (Invitation To Tender) process included two interested bidders from outside of India, which strongly emphasises the global appeal of the IPL as a sports property,'' he added.

''It is a momentous day for all of us and I formally welcome RPSG Ventures Ltd. and Irelia Company Pte Ltd. into the IPL fold. We had promised that IPL will be bigger and better from the 15th season and with Lucknow and Ahmedabad, we will take the league to different parts of India,'' Shah said.

It was nearly a seven-hour process that led to BCCI announcing the winners after intense scrutiny that involved technical vetting followed by opening of the financial bid documents.

The companies that cleared the final round of technical vetting to be eligible to place the bids included RP-SG, the Adani Group, HT Media Private Limited, Torrent Pharma, Aurobindo Pharma, All Cargo, CVC, Kotak group in a consortium and the Glazers of Manchester United through their equity firm.

Rhiti Sports, best known for being former India captain Mahendra Singh Dhoni's management firm, also placed the bid but was dismissed at the technical stage because official believed that it was fronting for an industrialist, whose relatives already own an IPL franchise.

Similarly, little known All Cargo company attracted a lot of interest as it was understood that it had the blessings of a powerful BCCI administrator and well-connected politician of an opposition party.

One of the major companies that lost out was Gautam Adani's Adani Group which bid around Rs 5000 crore while bids of Glazers from Manchester United and Torrent Group also fell short of the mark.

In fact, Adani group's representatives, during the bidding, were accompanied by one of the BCCI sponsors, who were then told to leave the premises as it was violation of rules.

Twenty two companies picked up the tender document worth Rs 10 lakh but with base price for new teams pegged at Rs 2000 crore, only five to six serious bidders were in the final fray.

Goenka's near USD one billion bid is an insane amount and possibly the highest in the history of the league.

''The bids were only going to shoot up once the news broke that the next cycle of broadcasting rights for next 10 years could go up to USD 5 billion (Rs 36000 crore plus) which means that from BCCI's broadcast revenue pool, each of the 10 franchises will be earning around Rs 360 crore.

''The maths is simple, the broadcast rights will increase the earnings and also the gate money for franchises in Ahmedabad (capacity of 1.2 lakh) or Lucknow (70,000) will also help them earn well. Add the money from the sponsorship pool too and it's not bad economics.'' Goenka has been desperate to come back to the IPL after the brief stay with RPS and during one of the two editions (2017), his team played the final and lost to Mumbai Indians by one run.

With a USD 6 billion asset base and USD 4 billion revenue, the Group's businesses include power and energy, carbon black manufacturing, retail, IT-enabled services, FMCG, media and entertainment, infrastructure and education.

They have been part of Indian Super League football from the first year as ATK and later merged with legacy club Mohun Bagan last year to play as ATK-Mohun Bagan.