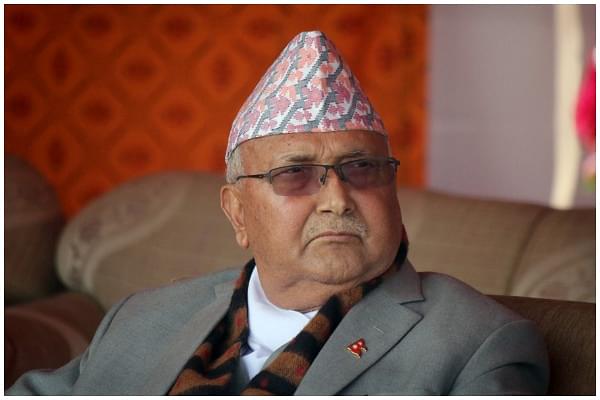 Undeterred over cancellation of licences for import of refined palm oil from its kingdom, Nepal has written to India to allow its traders to export the edible oil besides tea to the Indian market.

The plea to the Narendra Modi government comes on the heels of India cancelling licences to import 2.93 lakh tonnes of refined palm oil from Nepal on 11 May this year.

India had cancelled the import permits since Nepal does not produce palm oil and some Indian importers were taking unfair advantage of the South Asian Free Trade Agreement to bring the commodity duty free, flouting the rules of origin.

Under the rules of origin, a product will have to originate from the country of exports. In the case of palm oil, importers get it imported duty-free from Malaysia or Indonesia and then divert it to India as Nepal does not produce the oil.

Nepal media myRepublica, quoting Nepal Ministry of Commerce and Supplies, reported that two separate letters have been sent to Indian government agencies concerned through its Ministry of Foreign Affairs.

The Ministry urged that Nepali traders be permitted to export tea and refined palm oil in the Indian market — both top the list of commodities exported from Nepal to India.

The development comes amidst souring relations between New Delhi and Kathmandu.

Nepal has objected to India inaugurating a road through the Lipu Lekh Pass, which it claims to be its territory.

Besides, Nepal has upped the ante against India in the last couple of weeks.

First, the Nepal Cabinet approved a new map showing some Indian regions such as Kalapani, Limpiyadhura and Lipulekh as its territories.

Second, Nepal Prime Minister K P Oli has blamed India for the spread of the novel Coronavirus in his country and also sparked off a controversy saying the virus traced to India was more ‘lethal’ than the ones traced to China.

Nepal has also pointed out that it imports $7 billion worth of goods from India. Nepal Rastra Bank has said that while Indians repatriate $3 billion every year back home, Nepalese repatriate less than $1 billion.

An unnamed Nepal Commerce Ministry official said that India has not responded to Nepal's plea yet.

However, it would be wrong on Nepal’s part to interpret the cancellation of palm oil import licences as some sort of vindictive action by New Delhi.

Along with Nepal, India has also cancelled licences to import palm oil from Bangladesh.

Indian domestic sectors such as edible oil refiners, spice manufacturers and tyre makers have been badly affected by the misuse of the FTA provisions to import commodities such as palm oil, spices, and tyres duty-free.

Though the free trade pact had been violated for quite some time, India has woken up to the reality of fraudulent imports and begun taking action only now.

The Centre is trying to discourage refined palm oil imports as it wants the domestic solvent extractors and refiners to utilise their idling capacity.

India is also acting against tea from Nepal as its imports are affecting prices for the premium Darjeeling tea here.

India’s concern is more over Nepal tea being shipped and sold as Darjeeling tea, which has patent protection and been given a Geographical Indication tag.

A reader of myRepublica pointed out that palm oil from Nepal is sold by traders and the Himalayan kingdom does not benefit from either import or export of the edible oil.

Indications are that Nepal's ruling Communist government is acting at the behest of China and the Oli government could make things tough for itself as Kathmandu depends on India for access to many things, including petroleum products.