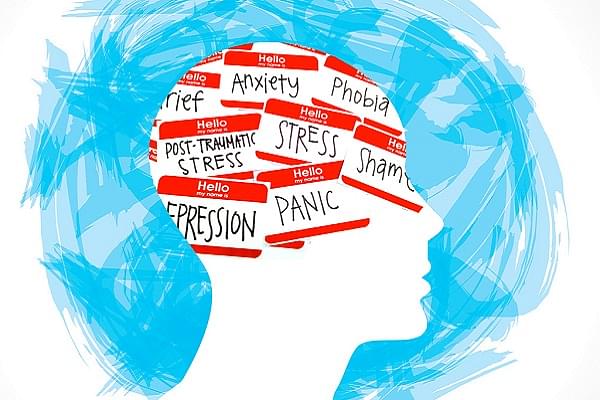 India's top doctors working in the field of mental health, have criticised the media's reporting from cremating grounds and hysterical reporters swarming over the believed, by asking journalists to avoid hysteria and panic-inducing coverage.

Various media outlets including foreign ones like the New York Times have been reporting sensational images from cremation grounds which paints a bleak and panic inducing picture of India's fight against Covid-19.

The letter states that "Images of bodies burning in cremation grounds, relatives of deceased wailing inconsolably, emotional outbursts and hysterical reporters and cameramen swarming over the bereaved - who are going through deeply emotional moments - this may help garner eyeballs. But there is a steep price to be paid for the coverage".

The letter adds that Covid related restrictions are already fostering a hidden mental health epidemic with people becoming depressed, lonely and anxious. They as a result are turning more towards television and social media. Thus, seeing such a media coverage pushes them deeper into the abyss.

It states that the images and emotions emanating from panic-inducing coverage from cremation grounds will keep weighing on a Covid-19 patient's mind and stay with them even after recovery at a time when they need a positive frame of mind.

The letter also cautioned the media over its coverage on medical equipment shortages by calling for specific reporting rather than implying it to be an universal crisis.

"We are saying that hysteria and panic inducing coverage should be avoided. Specific information empowers people but panic weakens them. There is no way to say which image or word can be the last straw for someone, causing grievous damage to their mental health", the letter states.

It thus appeals to the media to show restraint in its coverage and utilise its power to inform, educate and infuse hope among people.