Bengal In Big Mess: Shocking Videos On Social Media Reveal How The State Is Failing On Multiple Fronts In Its Covid-19 Battle 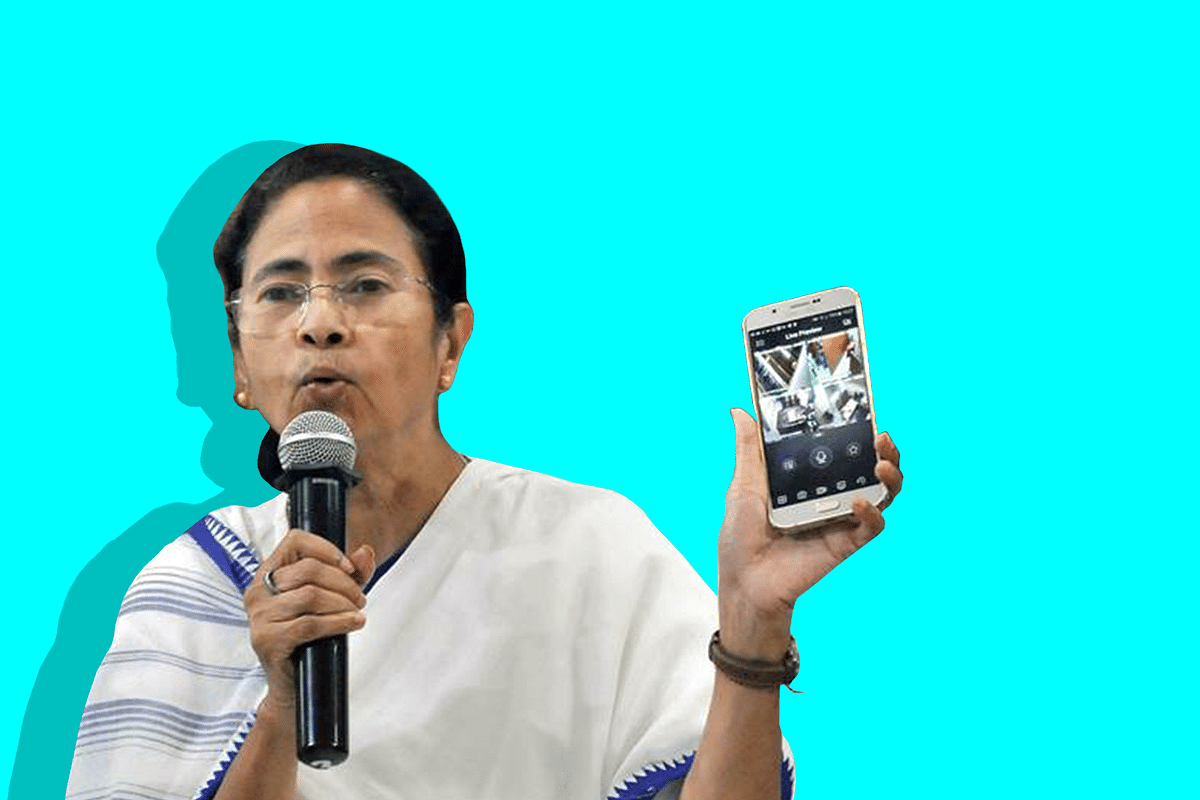 A number of shocking videos and news clips posted and shared extensively on social media in recent days have blown the lid off the ‘all-is-well’ impression that the Bengal government has been trying to convey regarding its fight against the Covid-19 pandemic.

From flagrant violations and lax enforcement of lockdown restrictions and social distancing norms to the ugly mess in state-run hospitals dedicated from treatment of Covid-19 patients and oft-repeated allegations of attempts to suppress the number of the infected and dead, social media has been rife with posts and shares about Bengal’s failure on multiple fronts.

A video clip of bodies of Covid-19 patients lying for hours in wards at the state-run M R Bangur Hospital – Bengal’s dedicated facility for treating Covid-19 patients – that surfaced last week rattled the state government and led to a ban on carrying of mobile phones inside hospitals (see this report).

Another video clip of a man alleging his father, who tested negative and then succumbing to the virus at the same hospital on Tuesday morning, has further exposed the rot in the system. The video, which was shared in this tweet by BJP IT Cell in-charge Amit Malviya, is shocking.

The man alleges his father was admitted to the Bangur Hospital on 25 April with symptoms of Covid-19 infection, but was discharged the next day since his test reports turned out to be negative. But on 27 April, his 68-year-old father was recalled to the hospital by the health authorities, who confessed that a mistake had been committed and the test result was actually positive.

“My father walked to the ambulance that had come to fetch him, and we were asked to stay at home and assured that our swab samples would be collected for tests. That same evening (27 April) we received a call from the hospital saying my father was in a serious condition. Next morning (28 April) we received a call that he had passed away,” the young man is heard alleging in the video. This was reported in the newspapers as well.

Ample evidence of the stark reality that the police are helpless in enforcing lockdown even in ‘red spots’ (areas where community transmission of the virus has occurred) came in the form of vicious attacks on policemen, who had gone to enforce lockdown in a Muslim-inhabited area of Tikiapara in Howrah.

A few policemen were injured and a police vehicle damaged, and even the RAF (rapid action force) which had accompanied the cops had to beat a hasty retreat.

Not surprisingly, the police have not arrested anyone from Tikiapara as yet. Many videos (like this recorded on Wednesday morning) of lockdown violations and blatant flouting of social distancing norms all over the state have flooded social media.

The two inter-ministerial central teams (IMCTs) that are visiting Bengal have also recorded many instances of such violations themselves.

If the condition in state-run hospitals is horrific, that in quarantine centres is far worse. Many videos had surfaced of unhygienic conditions in these quarantine centres and the mistreatment of the people staying there, the absence of even basic facilities and the inedible and stale food being served to them.

BJP state president Dilip Ghosh shared a video clip in this tweet of the terrible condition of a quarantine centre at Dantan in West Midnapore: people living in cramped conditions, dirty water flowing out of washrooms, diabetic patients being denied their regular insulin shots and more.

This, and leaks of similar communication in the recent past, are evidence of a massive cover-up of the true extent of the pandemic in Bengal, said BJP’s Ghosh.

A few days ago, a video of a mob in Nadia’s Nabadwip protesting the surreptitious burning of bodies by policemen in the dead of the night had gone viral. The bodies were being doused with kerosene and are suspected to be of Covid-19 patients (see this).

To add to all this is the lack of infrastructure in hospitals to treat Covid-19 patients.

According to a report aired by ABP Ananda, a news channel which has never been critical of Trinamool, almost all the 580-odd beds for treating Covid-19 patients in 15 government and private hospitals in Kolkata and its suburbs are almost full (see this).

Postgraduate trainee doctors of the state-run R G Kar Medical College and Hospital wrote to the college principal on Tuesday pointing out that results of tests of swab samples of doctors who came in contact with a patient in the Obstetrics and Gynaecology Department of the hospital early last week are still awaited.

The doctors have declared they will go on self-quarantine if the test results are not communicated by Wednesday evening (see this).

“Bengal is in a total mess. The government is fudging figures and indulging in a massive cover-up to hide its abject failures. The health infrastructure has collapsed, two senior doctors have died of Covid-19 infection and a huge number have been exposed to the virus due to lack of PPEs and absence of proper protocols. Lockdown is not being enforced strictly. We are in the midst of a grave crisis created by the state government’s completely inept handling of the situation,” said Ghosh.